Only a thin rope stands between life and death; don’t let your foot misstep. As a tight rope walker, Dominic walks a thin rope. When not walking on the rope, he also learns the thin rope of life as he grows up in the shipyards of northern England. His next door best friend, Holly, represents a different life than what he knows. Being the top of his class with her, Holly represents the hope of a better future than the one Dominic’s dad faces in the shipyards with back-breaking labor daily. But his thin rope begins to waver when the neighborhood bully, Vincent, takes an interest in Dominic. Will he be able to reach for success with Holly or will Vincent be able to tempt Dominic into doing things he had never thought of?


In The Tight-Rope Walkers by David Almond, a realistic version of the difficult life in England shipyards was painted. The author truly embraced the English dialect with his usages of: nowt, bairns, bliddy, and so on making the reader feel transported into a different life. The concept of the tight rope walking was blended into the story nicely, which gave it dynamic. Personally, it was not my favorite story of 2014 because I found it hard to relate to since it took place in such a different place, but it opened my horizons into how other people live. David Almond was definitely able to capture the true emotions of his characters as they struggled between the thin rope. 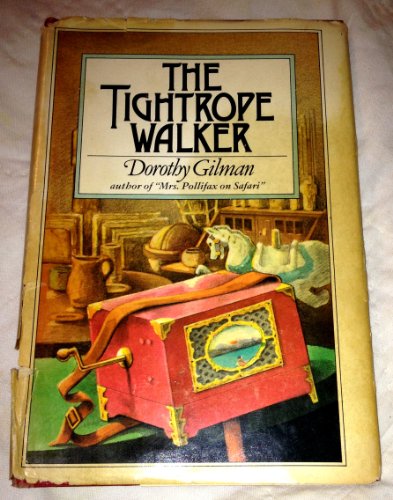