The Innocent Assassins by Pema Donyo

There are three rules to staying an assassin at the corporation of Covert Operatives: (1) your parents must be deceased, (2) your contracts must remain confidential, and (3) you must be under the age of eighteen. All Jane Lu has ever known is murder. An orphan, she was recruited into Covert Operatives when she was just five years old. But she’s ready to leave it all behind on her eighteenth birthday. That is, before everything goes wrong. Captured by the CIA, Jane finds herself a spy in Covert Operatives, uncovering secrets she was never meant to discover. And they all lead to her boyfriend, Adrian King, the next CEO of CO. Caught between people who call themselves “the good guys” and the only life she’s ever known, Jane knows that she will be forced to choose. But which one will it be?
Source: Review copy given to me by the author

Let it just be said that I read this book in under 24 hours.

I’m not a big fan of romance books. I never have been, and probably never will be. I mean, I have basically skipped over every romance scene in every book I have ever read. And yet Pema managed to get me to stay up until 2 AM finishing this book. Now, my friends, that is good writing.

Strong female characters! Whenever I read books, I feel like the romance eats up the book and makes the female character weak. This book was romance, but I actually liked how the plot was cleverly structured around it. Plus, Jane Lu is an assassin ninja, AND the book starts with her dumping her boyfriend when he isn’t supportive of what she wants to do with her life. So strong female characters are in great supply.

That being said, there were times when I felt like the romance did make her weak. And I didn’t like that, but there are many more Jane-Lu-The-Ninja-Assassin moments than Jane-Lu-The-Weepy-Girl moments.

Which leads me to Jane’s friends. I loved Lucy; she’s so sweet and just wants the best for everyone, and she’s also naïve. But because of that I often felt she was a weaker character, and she was a really sharp parallel to Jane. But even for all her weak girlishness, she really is such a sweet character you can’t help but like her. And Emma… I don’t even know where to start. She was supposed to be Jane’s best friend, but we don’t see any of that, other than one scene that lasts all of three seconds. Emma backstabs Jane a lot, and adds this whole high-school-teen-drama to the novel that I just didn’t like.

And Adrian… well, I didn’t like him much (in the beginning). But I started to like him more and more as the book went on. For example, his reaction when Jane returns from the CIA is amazing; it’s one of the few times during which I got the sense that he really cares about her. And I liked him at the book’s end. It just took a while to warm up to him. His psychology was really interesting, though, especially as the conflict went on, so I would have loved to see a companion book or sequel from his point of view.

And then we have Tristan.

I was really hoping the book wouldn’t have a love triangle in it, but it ended up having one anyways. Tristan is a CIA agent, who is assigned to stay near Jane in CO headquarters. But he ends up liking her. I really did enjoy reading about Tristan in the beginning, but as the book progressed, I began to like him less and less. He ends up sort of fading out halfway through, and it makes me wonder what purpose he served, other than being part of the love triangle. He did have an awesome backstory, but I think that he could have done so much more than what he did. Although it just might be me, because most of the reviewers on Goodreads love him.

Overall, the suspense and plot of this book was awesome. It’s on-the-edge-of-your-seat-glued-to-every-word sort of novel. And although I didn’t like the love triangle or the romance much, it probably just wasn’t my type of story. This book did leave me thinking about the morals of good and bad, which is always awesome. And strong female characters are always good. 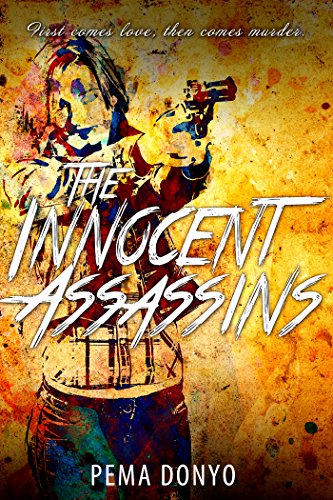 Overall, the suspense and plot of this book was awesome. It’s on-the-edge-of-your-seat-glued-to-every-word sort of novel. And although I didn’t like the love triangle or the romance much, it probably just wasn’t my type of story. This book did leave me thinking about the morals of good and bad, which is always awesome. And strong female characters are always good.

View profile
This is very detailed, and gives me a lot of information about the breakdown of the book, and it seemed really good! Good job! :)