When tragedy strikes true friendships are formed, even in the least expected places. This is true in the case of Renée and Flo. The two went to school for years, but suddenly they find themselves drawn to each other. Unfortunately, there is a block in their way- Sally. Renée’s supposed best friend, but what will happen when she hears of Flo joining the picture? To find out if the friendships formed out of tragedy can withstand adversary, you will need to read Paper Airplanes by Dawn O’Porter.


As Dawn O’Porter’s debut novel, she manages to truly capture the emotions of teenage girls. A variety of mature topics such as relationships with boys, eating disorders, and death are presented to the reader, making it well-suited for those who can handle the mature content. Unlike most teenage books, O’Porter is not afraid to illuminate the harsh realities teenagers face. O’Porter paints a realistic world in which teenage girls grow up in, despite being located on a British island, which makes it relatable to everyone. Overall I give it a 4/5 stars for the realistic content and emotions packed within the 250 pages. 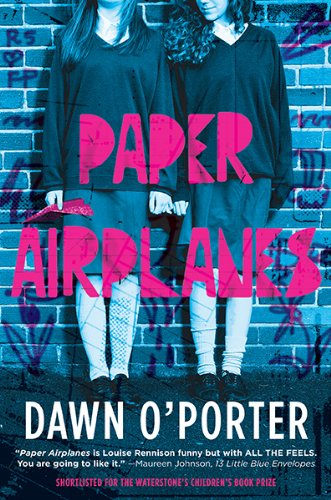