Maggie Stiefvater is back with a new addition to her bestselling series, The Wolves of Mercy Falls. The companion novel, Sinner, takes readers in a completely new direction than its prequels, as it does not take place in the snowy town of Mercy Falls nor does it focus on the power couple, Sam and Grace.

Sinner instead is set in Los Angeles and is told from the points of view of the infamous Isabel Culpeper and Cole St. Clair. Although Stiefvater’s vast following might be upset by the lack of Sam and Grace in this novel, they will no doubt be satisfied with what she has gifted them. Time and time again Stiefvater has said that she did not want to return to Mercy Falls. She is satisfied with how she left things there and frankly, returning to the Falls would most likely be a bore for readers. It’s been done and one can only handle so much before they start to lose interest.

But perhaps the writing is stale regardless of the new setting and plot-line? Not at all. After having spent so much time in Mercy Falls, readers will find Sinner refreshing and just as invigorating as the previous books in the series. Cole St. Clair is an much-loved character in the series, though readers only got glimpses into his troubled past with previous books. Stiefvater’s new novel will clue readers into Cole’s back-story as well as bring his character full circle. His funny-sarcastic-adored-by-all personality illuminates the book and readers will most definitely fall in love with him all over again.

The snarky/sweet mixture from Isabel Culpeper also exudes through the pages. Fans of the series will love being brought back to her and will not doubt tear through the pages as Isabel navigates her new Californian life and her shaky relationship with Cole. In addition to Cole and Isabel, readers will also find joy in Stiefvater’s new minor characters. Both Leon and Sofia are quirky and funny and overall just what the book needs.

Those who do not wish to return to the world of the werewolves don’t have to, as Sinner is a mere companion novel to the series. But they must be warned that they are missing out, as the characters that they fell for are waiting for them and ready to go on a new adventure. Stiefvater once again proves that she is the master of the mythical world who also holds the maps to her readers’ heads and hearts. 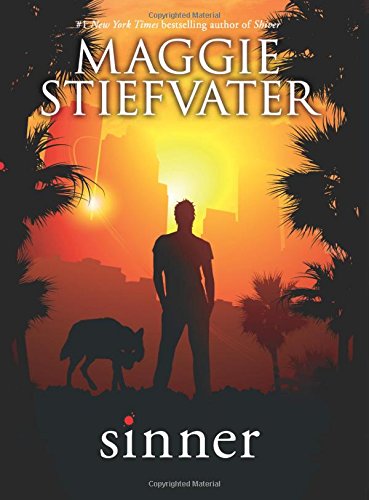 View profile
Great review, except not my. Type of book:(