With humans on the brink of extinction, Tania Deeley has been told she is a rarity- a human child. As a substitute for children, a company called Oxted Corporation has created tekenoids which are robot human children. But the problem is on the tekenoid’s eighteenth birthday, Oxted recalls their machines and they are never seen again, but what happens to them? Tania has that question in her mind but also the question of who is really human- is her best friend Sian human or any of her schoolmates? These are the questions that unfold throughout the novel Expiration Date by William Campbell Powell.

The novel is set in a futuristic world in 2049, but explores the theme of the power of a government by drawing a parallel to George Orwell’s 1984, which is referenced throughout the book. If you enjoyed 1984, then Expiration Date is a must-read to see how Powell interprets future society. Each page has many twists and turns so once you pick up the book, it cannot be put down. I recommend the book as despite its similarities to 1984, Powell has a distinct voice that depicts his unique ideas. 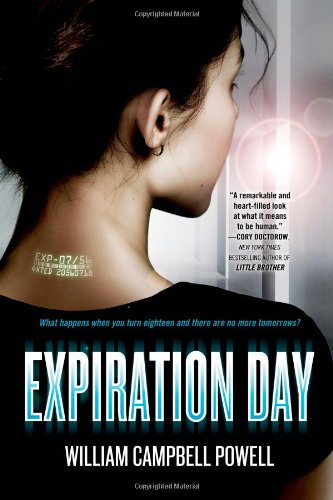 View profile
Funny, on my poem "Dystopias; A World We Want To See" I got several comments to read "1984". While I have not yet I favor torwards science fiction books and this review might make me add this book to my list!