Fates is a book about a girl Corinthe who was banished from the utopia called Pyralis. In order to return to her homeland, she has to kill Lucas, a boy who she starts falling in love with.

Honestly, I didn’t think I’d be able to finish this book. My unforgiving side of me was ready to start a whole new “DNF” shelf on my Goodreads account, but the innocent side was telling me not to do it. So I didn’t. I regret that.

I don’t mean to be hateful or anything. I’m sure the author has written many other wondrous books, but this was just not one of them. First of all, the cover is totally misleading. I don’t remember Corinthe wearing anything like that during the book, sitting in front of a waterfall with a lantern in her hand. I also thought that her hair was supposed to be extremely tangled. Whatever.

Corinthe had one job. One job. Kill Lucas Kaller. Then she could return home. But there were several parts of the book where she was so close, so close! But then, she “couldn’t bring herself to do it.” What? Just. Do. Your. One. Job.

Before Corinthe was banished into the human world, she was a “Fate”, which many of you people who take mythology are going to think this is based off of the Greek Fates. No. She’s not. Plus, her “sister” fates don’t even have Greek-sounding names. “Alexia, Alessandra, Beatrice, Brienne, Calyssa…” Please.

Moving on to the train wreck of characters. Let’s start with Corinthe. Tangled, light blond hair, purple-gray eyes (now how is that possible?), mysterious, smelling of flowers. All. The. Time. Always fainting. I thought that Corinthe was going to be your average, tough-as-nails heroine. I apologize, I was wrong.

Now to Lucas. Average boy with a mother who ran away, got drunk, and died, a father who sits around and drinks all day, and a sister who goes to clubs, smokes, does drugs, AND drinks. I think the writer needs to know when to stop. I think having just a crazy sister is enough. Not a crazy dad, crazy mom, AND a crazy sister. That’s too much for the reader. Now, in the book, Lucas is trying to save his “innocent and sweet” sister from dying. How did she get dragged into all of this?
In addition, there were several parts where Lucas was just talking about Corinthe’s eyes. And her “intoxicating” scent of flowers. Sounds to me she just bathed in a pool of expensive floral perfume. He was always giving excuses for her. She just came at him with a knife! For the fourth time! Is he going to give her another chance? Of course! Because he likes her eyes! Of course, of course, of course! Because that make so much sense!
Now take everything I’ve said, add a deranged guardian, a guy with a parrot or some other bird, Blood Nymphs, marbles, car crashes, clocks, gears, other things that are Capitalized Like This, everything else that adds NOTHING to the plot, and a gnome! Yes! A Gnome!
Well, you can’t like every book. 1 out of 5 stars. 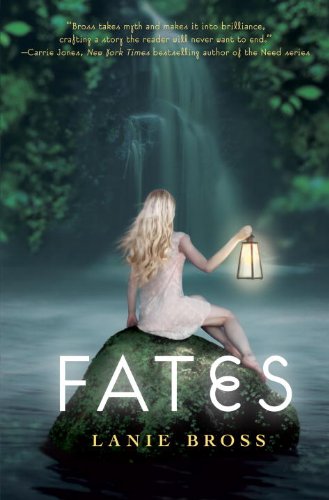