The Beginning of Everything by Robyn Schneider | Teen Ink

The Beginning of Everything by Robyn Schneider

The Beginning of Everything by Robyn Schneider. HarperCollins Publishers, Sep. 2013. ARC received for review.

The Beginning of Everything is a book about how new and sometimes good beginnings can start from bad endings. In this book, Ezra Faulkner is a really popular jock at Eastwood High. But when one party at a friend’s house goes horribly wrong, it all leads to him pulling out into the street, a black Land Rover barrelling out from nowhere, and colliding with his car, smashing his leg. The injury allows him to never play tennis again, and he feels like he’ll never fit in with his other friends. Just when he thinks it can’t be worse, he meets the new girl at the school: Cassidy Thorpe.

I think it’s possible for someone to read this book and like it. That’s only if you don’t think too critically. Since I usually am specific in my reviews, I think I’ll respond to this book in a very specific way.

Anyway, while I don’t think this was the best book ever, I don’t think it was the worst. The author’s style of writing is believable; it sounds like your average teen. But what I didn’t really understand was some of the author’s choices. For instance, some of the characters were a little random and didn’t contribute to the overall meaning of the book. In fact, some events weren’t so necessary, either. What those events would be, I can’t say. I’m not going to spoil the whole thing!

The ending was also a little disjointed, as well. I feel like the author just added things to the story that sounded good in other books, but didn’t fit in this one. I didn’t really like the ending too much. There were just too many little details that didn’t matter, and it was so predictable! When I want to read a good book, I want to be surprised. I could predict what would happen at the end of the book, and I was right! Way too predictable.

I was also a little bit confused on Ezra’s “transformation” from stereotypical jock to stereotypical cool nerd. How did that happen so fast? I was also confused on the overall moral in the book. Stay true to yourself? Be who you are? Even if there was a theme there, it was very weak.

One thing I did like about this book, though, is that Cassidy reminded me of Stargirl… but that’s about it. I’d recommend this to anyone who likes realistic fiction. 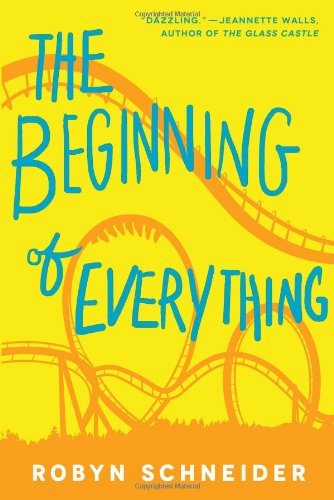 View profile
Thanks! I'm not too sure about the picture. When I submitted the review, I just picked a random image to go along with it. I guess TeenInk just added the cover image by themselves. Thanks for reading my review, though!
midnightwoah said...
on Jan. 11 2014 at 5:15 pm
midnightwoah, Monett, Missouri
0 articles 0 photos 188 comments

View profile
Very nice review! I was wondering if you could tell me how to place a picture for my review on Amazon too! (Like a book cover)  By either commenting on my work with the details or to this reply!