The Midnight Star (The Young Elites #3) by Marie Lu

Ruled by the royal, the people were used to the cruel conditions. But none before has the felt the fear that was brought into them when the White Wolf took the throne. Adelina Amouteru ruled with fear, after all her powers aligns with ambition, passion, wisdom, fear and fury. Adelina and her roses banned the word malfetto, proclaiming now in her kingdoms that those children are marked by God and are given higher rights than non marked citizens. Adelina had everything that she wanted, but love. She worked so hard to bring Enzo back to life, only to have him and her sister, Violetta, run off to the Dagger Society, leaving her once again. Ignoring them, and in the arms of new lover Magiano, and lead commander Sergio, Adelina prepares to take on the world, determine to make every kingdom fall to her powers.

The voices are growing. Adelina is paralyzed by their speech, adding to volume each time she kills. They are her past haunting her, saying that no one will love her, that she is weak, and to make her citizens fear her. Past leader of the Inquisition Axis, Adelina keeps Teren locked away, visiting him frequently to have a real voice tell her how much he hates her, instead of the ones in her head. Magiano seems content with all his riches to stay by her side for the rest of his life, but the voices tell Adelina that he, like the others, will leave her. When receiving a letter from Raffaele saying her sister was dying, Adelina took her army to attack the land in which the Dagger Society hid: Tamoura. There Adelina learns the truth, not only was Violetta dying, but the world was as well. See, like told before the Elites were not meant to roam the earth, thus their godly power brings the two worlds (the one of human and the ones of gods) together, killing both worlds in the process. The ones aligned with the twelve powers the god own (Ambition, Wisdom, Passion, Beauty, Time, Death, War, Greed, Joy, Empathy, Fear and Furry) must descent into hell to offer up their powers in order to save their world.

A truly stunning series and why not end it with fireworks like this story. Dark and twisted, read about Adelina our anti-hero, our dark queen, as she struggles to do the right thing and save the people she loves. The point of view ranges from Magiano, Teren, Violetta, Raffaele, but stuck mainly from Adelina’s eyes. Never have a story felt so dark, yet bring so much hope as Lu did with this series. With Adelina constantly being haunted by thoughts like “Not invincible after all, little wolf?", you read as Adelina, a girl beaten by her father for surviving a fever their mother could not, to becoming Queen of many lands but darken at the heart. From her joining the Dagger Society, falling in love with Enzo, to be cast out by then. Adelina formed her own group, The Rose Society, took over lands ruled by fear and fury, making her hands drench in blood. But you could not help but fall in love with her, as all she wanted was a family and friends, but her rule for power made her relentless and blood thirsty. Lu kept you hypnotized with this dark story, as the twist at the end made the already placed knife in your chest dig deeper. No words can be as perfectly places, then the ones filling this 316 page book. For now, Adelina Amouteru, leader of the Rose Society, Queen of Kenettra, The White Wolf, we look to the stars and salute you for taking us on this incredible journey with you. 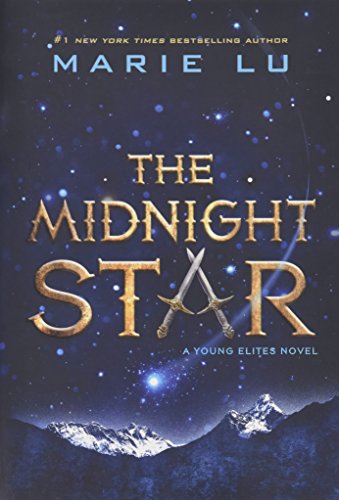 “Not invincible after all, little wolf?"