Only in Your Dreams (Gossip Girl, #9) by Cecily von Ziegesar | Teen Ink

Only in Your Dreams (Gossip Girl, #9) by Cecily von Ziegesar

Ah, summertime! The time all teenagers live for. From spending time sunbathing on a beach, to those fantastic night time parties. I mean it is summer; every night is Friday night, right? For our Upper Eastsiders it is heaven, as after all it is their last summer together pretty much. With graduation behind them, our people are ready for the nice lazy days of summer till fall begins and it is off to university for some, and for the others, well I am sure they will figure something out.


Blair is across the pond to enjoy a beautiful summer with his Lordship. When his Lordship was not given Blair what she wanted (which is not something a lady can just ask for) she flees back to New York, but not without maxing her credit card and buying an eighteen-thousand-dollar wedding dress. Back in New York why not rekindle her relationship with Serena (again) and move in with her (again) and get a job on the same project as Serena (again), does this book not seem like a repeat? Serena on the other hand faces something that had never hit her before: failure. “She had never really failed at anything before and was secretly every bit as competitive as her sometimes best friend, Blair”. With our dynamic duo back the world better watch out, as there is nothing these two would not do to get in the spotlight.


After declaring he is not going to university Dan gets a job in this musty old bookstore, stocking shelves and helping people find their books. Vanessa who was having trouble at home moved in with Dan, taking Jenny’s (who’s off to boarding school) room, and ready to rekindle their love. But when a hot blond in short-shorts ask Dan for a certain book, well Vanessa is the last thing on his mind. Where Dan was choosing between girls, Nate decides to swear off girls, and focus on smoking joints while working on coach’s beach house in the Hamptons. That lasted a whole three seconds. When crashing his bike in front of a snack shack, a girl in Old Navy tube top and Target short-shorts helped him up introducing herself as Tawny. With all his friends in the city Nate spends time with Tawny realizing how much he does not fit in with the townies and missing his city friends. But the one he misses the most, well that will always be Blair. Nate knew how many times he messed up with Blair, but when he really needed her, she was always there. Would she give him one more chance? That is all he can hope for.
Cecily von Ziegesar should get a degree in teen drama. Nothing in their lives goes right! Where Blair starts off running away from a guy, only to end up with one at the end, Serena chase after a guy she cannot have (and for an obvious reason), Dan screws over Vanessa (again) and Nate mopes around knowing that Blair hates him again. Yale is only a few months away, but for now von Ziegesar has the kids in full summer mode. The writing was the same, same with the pace and other book important parts, the new characters she introduced are standard (although Serge is amazing) but for the old ones – zero development. We are on book nine of thirteen (seventy percent done the series) and yet Blair and Serena are the same couple as from the first novel. No one has changed. You think that after screwing each other over so much, they would realize not to right? Instead the series is going through the cycle of the best friend break up, Nate is dating Blair with someone else to Blair again, and Dan treats Vanessa like trash. With warm days and long nights hopefully our Upper Easiders grow a pair and start figuring out their relationships and friendships fast. 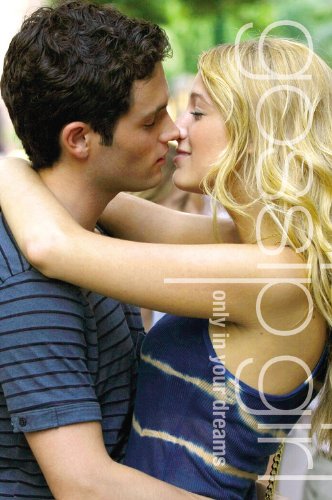 Yale is only months away!