The Lady of the Lakes by Josi S. Kilpack | Teen Ink

The Lady of the Lakes by Josi S. Kilpack

Fall of 1791 was a beautiful in Europe. No wars on the horizon, everything was a big game of parties and social events. Or so most though. For some those parties were like a war themselves, fighting the attention of men (too much or too little) to find a match that would work not just romantically but financially and socially as well. The only way to move up in the world, was to marry up, accepting a wife and her equally lovely dowry, a person you might love, or just a person who can produce an heir for you and take care of him until he is useful.  For Walter Scott, although his family was not the wealthiest, he made that up in words. From letters, stories, poems and translations, Mr. Scott have a certain eye for literature as well as a girl, from a young age, but when one breaks his heart he has only the other to turn on, that leads him down the darkest tales he had ever written about.
Being the third of five children, Walter had never expected much. His family were not poor, nor rich either, but a classic middle class able to pay for theater trips but not so much for clothes. It was in Edinburgh, Scotland (his home) September of 1791 where he met the love of his life: Williamina. Nicknamed Mina, was fifteen years old when she was first courted upon by Walter. Flattered by the attention, that no other man has given her, Mina did not care that Walter was a class below her, or that her father did not approve. Four years later, gaining more wealth, her father changed her last name to Stuart, and with that more attention. She was the only heir to her father’s fortune, meaning all that he built would be given to whomever Mina decides to wed. Although her father was pushing her on whom she was to marry, Mina had the final say. “‘I want to fall in love, Mother,’ Mina said, sniffling. Her emotion embarrassed her. ‘I want to be cherished and admired for more than my father’s credit and my family’s plan’’’.  So Walter? But at least where he was the first to give her attention, he was not the last, as better suitors came her way, each having the same devotion to her, but much more wealth. Mina cannot bear to break his heart, but she could also not bear to be the one who said yes.


Charlotte lived, compare to Walter and Mina, on the other side of the world. But in fact, she was in the same country. When her mother ran away with her lover, their father sent them away from France during the war. The war, which killed their father, left Charlotte and her brother, French speaking immigrants in an English populated town. Being looked after by their guardian, Lord Downshire, her sets her brother up with a good education and a job, as well as educating Charlotte. yet at twenty-six years old, she was still at home, refusing ever suitor he brought to their home. Charlotte, who longs for love, but accepts that she cannot find it does something no one thought of her to do: become independent. Soon Charlotte learns how to cook, handle moment, balance a budget, becoming a modern woman of her time. It was set that within a few months she would be totally independent from Lord Downshire, who loved her very much, but Lady Downshire would be pleased to have their immigrant orphan out of their hands.  Going forward on her life, leaving love behind, she stumbles into a man doing the same thing, and maybe, just maybe, they can take that walk together.

Josi S. Kilpack wrote this story to express the history behind novelist Walter Scott and one of his most prized work the poem The Lady of the Lake (also the title of the story). This Scottish tale tells us about Walter Scott, and how he saw love at first site seeing Mina across the church yard that day. The character of Walter was good, he was quirky, clever, some of the things he said about Mina made your heart swell and swoon with envy. Even with his crippled leg and his hobble made you fall even more in love with him. “‘I gave her everything’ ‘I gave her everything, and she has left me in ruins’”.  Mina on the other hand, well she was hardly a liked character. Even from her point of view, she was selfish, the kind of girl who dated two guys without them knowing, because she could not choose, and did not want to hurt the other’s feelings. Walter calls her out on this, has been by far, one of the best break up in books in the history of all young adults, who knew a man of many love words also knew some hateful ones as well. Charlotte on the other hand was relatable, a pretty girl, but an immigrant, one that men could lust after in a pub, but would be ashamed to take home to their mother. Charlotte held her French heritage with pride, not being ashamed as some others might have been in her situation. Kilpack kept the language to what you would have expected in the early eighteenth century, but keeping a quick pace switching between the points of view of Walter, Charlotte and Mina. This historical proper romance makes you miss the old times, but not all of it. 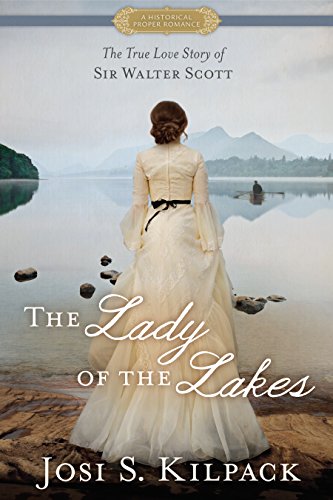 Previous Next
Reviews
Leapholes by James Grippando
By Jordan Ross
Weston, FL
Reviews
The Ring of the Slave Prince by Bjarne Rueter
By Elizabeth Hammond
Carlsbad, CA
Reviews
Lies of Silence
By Jeremy Emata
Wallingford, PA
Reviews
Into The Wild
By Tanner Barrett
Dell Rapids, SD
Reviews
The Curious Incident of the Dog in the Night-time.
By Stefan Alexander
Fukuoka, ZZ
Reviews
A Rumor of War
By Colin Baer
Park Ridge, IL