Favorite Quote:
It's okay to not be okay.

In her novel, City of Heavenly Fire, Cassandra Clare portrays the element of heroes, heart-wrenching decisions being made, and the presence of supernatural beings in order to help her audience better understand the literary elements in Gothic Literature. Cassandra Clare doesn’t have a specific writing style, she varies how she writes. Whether it be the perspective, the dialogue, or the structure. In City of Heavenly Fire, Clary and Jace are on a mission to stop Clary’s evil brother, Sebastian, from destroying the Shadowhunters (Nephilim) who protect the Earth against demons. Sebastian Morgenstern is moving, systematically turning Shadowhunter against Shadowhunter. Having the Infernal Cup, he transforms Shadowhunters into creatures out of nightmares children would have, tearing apart families and relationships, as the numbers of his Endarkened army multiples. After a numerous amount of attacks, New York is deemed no longer safe, and the Shadowhunters retreat to their home country of Idris (Made up place) but not even the famous demon towers of Alicante can keep Sebastian at bay. It seems that the only way to stop Sebastian is to use the heavenly fire that is coursing through Jace’s veins, but Jace is struggling to control the fire within him, let alone use it as a weapon. Sebastian remains focused on Clary, more than anything, but it could be Jace who truly understands the madness within his partial-brother. Jace is now feeling what Sebastian went and has gone through. When one of the biggest betrayals that the Shadowhunters have experienced, Clary, Jace, Isabelle, Simon, and Alec flee hoping to help resolve the situation they're in, even if their journey takes them far into the demon realms. Heros are placed in books for various reasons, Jace and the rest of the crew return home to the city of Nephillim as heroes, caused by defeating Sebastian, but they get a tepid welcome shot through with tension due to the fact that they made enemies of the Downworlders who had supported Sebastian. This explains why the characters are labeled as heroes because they risked their lives trying to save others, to help get rid of the person who has caused so many families to fall apart. In all stories there are decisions that must be made that people don’t want to be forced to make but it does happen, when Jace and Clary are forced to take an opportunity about how to take out Sebastian for good, although when Sebastian is eliminated as a threat, it leaves open the possibility for a Faerie attack. In Gothic Literature, characters are forced to make decisions that they don’t necessarily want to make, and that’s what happens between Jace and Clary. Supernatural beings are apart of this story and it makes the story feel more real in the world that the characters are living in, from the beginning of the series, Shadowhunters, vampires, werewolves, faeries, and warlocks all lived in a place where they coexisted in a partial good environment. All of them except the Shadowhunters are known as Downworlders, their called this because of what their DNA is made of. Shadowhunters have part angel in them and all Downworlders have part demon in them. The elements of heroes, heart-wrenching decisions being made, and the presence of supernatural beings are shown in order to help display Cassandra Clare’s literary elements found in Gothic Literature in her book City of Heavenly Fire. 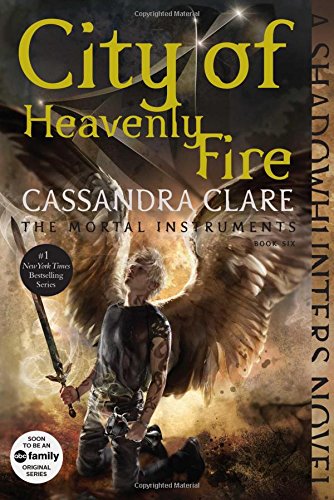