Down with the Shine by Kate Karyus Quinn | Teen Ink

Down with the Shine by Kate Karyus Quinn

Every place has stories about someone or something granting wishes. From wizards, magical pools, genies to everyday folk. Wish granting is a dangerous matter, putting it in the wrong hands could leave to world destruction.  Wishes can also be taken literal for if you wished for “wings like bats” you might actually get bat wings. Others like “brass balls” or “the party will never end” could force you into awkward situations.

Lennie Cash is known for her last name, as that’s her link to her past and her father. Leonard Cash, her father, used to rob banks and toy stores with her in tow. It was not until at Chucky Cheeses, that he got caught, forcing Lennie to move in with her mother and her three uncles. Lennie, after that, try to live life under the radar, not making enemies, staying out of her uncle's moonshine business, spending her time living a quiet life, and trying to control her friend Dylan, who wanted nothing else but risk. Dylan, she was known a reckless, maybe that’s why she chose Lennie Cash to be her best friend. Yet they got along well, even Smith (Dylan’s twin brother) liked Lennie, and maybe liked her something more. That all changed when Dylan’s body was found in Lennie old suitcase, outside a bar Leonardo was known as. Smith hates her, Lennie is friendless, and there is nothing more in the world she wants, then for Dylan to come home in one piece.

Six months later, after Dylan’s death, Lennie still misses her. Lennie knows that Dyl would want her to live her life, and that’s why with stolen moonshine in hand Lennie finds herself at Michaela party, where only the cool kids are invited too. There she makes her stand out, doing her uncles moonshine ritual, giving all the kids a wish, and then a drink. Smith, who was one of the most popular boys at school, made a wish with Lennie, to see her get what she deserves, and to hold her hand all the way to hell. Lennie, who has not made a wish yet, made her first: to wish Dyl all in one piece and in her bed sleeping soundly. The next morning, in which Lennie has to face the repercussions for stealing moonshine, another problem emerges. Apparently all those wishes Lennie granted, came true, making those wishes like “brass balls” a real issue. Lock hand in hand with Smith, Lennie has to deal with the trouble she caused, from bringing Dyl back from the dead, W2 and his gonging balls, to painting a target on her back, one her father has his eyes on.

Kate Karyus Quinn wrote this book with many chock twists that you did not see coming. The moonshine was cool, on how her uncles and now Lennie can grant wishes through the toxic drink. The character she did not explain very well was Lennie’s mother. Near the end it talked about how she got like that, but it did not go into any details about it. Her mother’s best line: “You get a chance to make a wish, Lennie, you ask to be bullet proof.” Thanks for the tip mom. Still this is good advice, whether she was talking about it physically, mentally or emotionally, the word was not made for wimps. The worst was the hot and cold relationship between Smith and Lennie, I could not picture it. One moment they are snuggling on the coach, they next moment he’s trying to rip her hair out. Smith himself is an emotionally unstable character, the book left of many details about him, like what happened between him and his mother, why did he even like Lennie, and more. Their relationship was one massive mess, where you could not tell if they loved each other or hated. The ending was different giving you their stratification of a good ending, but it felt like the cheaters way out. With a different plot, different type of characters, the story was a nice read for a winter afternoon. The question Lennie asks you for is: what would you wish for? 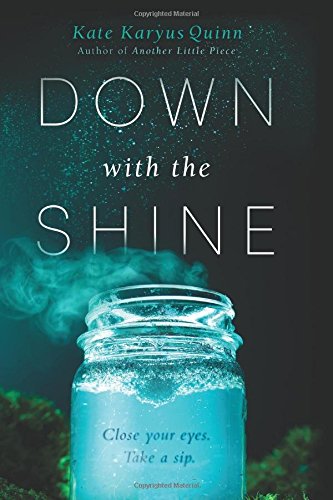 Some whishes do come true, and you're not going to like it.