"Just Kids" Patti Smith.
Patti Smith is breathtaking. In, "Just Kids", the godmother of punk shares her own struggles, for the growth of herself and for the growth of art. This book solidifies Smith for me, as a sort of legend-- illustrating her struggle to survive on her own and essentially, "find herself" (I somewhat hate that term but it seems appropriate, please disregard how utterly cliche the story sounds thus far) in New York City. Smith makes some magical encounters in this early stage of her life, much of which was spent with none other than the photographer Robert Mapplethorpe-- her sometimes-lover-sometimes-partner. To say that Smith is poetic in her prose is an understatement. This book confirms her as a true artist, opening her fiery soul to the reader. You not only see that Smith was a clear writer, but a natural artist, musician, and leader-- leading her younger siblings into play "battles" as a child, always their noble commander. Smith's spirit surpasses all in her writing, she encompasses art and rock and roll. The ways in which she carefully selects her words will send you in time to struggling with the greats in the Chelsea Hotel, to the time of Woodstock, and a period of time New York City few look back on today. A must read. "Just Kids", an excerpt of a life and an era Smith captures perfectly. 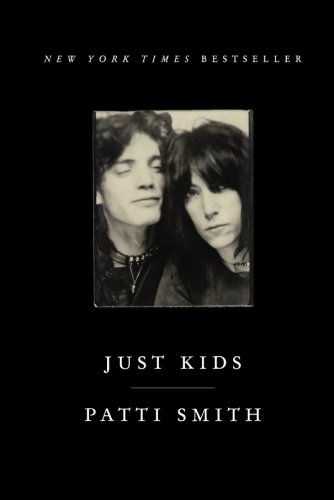