Destiny are the events that will necessarily happen to a particular person or thing in the future. Something no one knows till it happen, or even after the fact. People claimed they know what destiny is, saying “it’s my destiny to do this”, or “we are destined to be together”. But who can truly predict the future? In a society that is coming off the damage of a major event changing the way they live based off who they are destined to be.

Color rings in order: Purple, Crimson, Green, Yellow, Brown, Slate and Ash. The Purples are the mightiest of them all, leading great destiny and are the leader of tomorrow. From there you go downhill to the want-a-be-purples the Crimsons, Greens, Yellow, Brown, Slate and finally the lowest of the low the Ashes. Ashes live in the outer edge of the town, barely able to survive. Their destiny are low, giving nothing to the world. Some don’t even have destiny and are called Blanks. Blanks are very dangerous and are violent people, most are locked up before they are even able to try to live a normal life. People have all sorts of destiny from “making the future leader laugh”, “having a girl”, to even “dying before your eighteenth birthday”, each are extracted a few minutes after the baby is born, and if extracted early enough you can have a time stamp showing the exact day and time your child’s destiny will be completed. This sounds like a good system, dividing people into rings, “classes”, and allowing people to complete their destiny, giving them purpose in their life.

Dax Harris is an Ash with a blank destiny. The only reason why she is allowed to live free is that her two older brother (two of the five) Link and Aldan are Purples. Before she was born her family was bumped up to Crimson based off of Aldan’s and Link’s destiny, but when Dax was born an Ash, it brought her family down to the Yellow ring.  But Dax doesn’t mind and neither does her brothers, only her mother seems to care that Dax is an Ash. It is the love of her brothers and father that kept Dax going, ignoring the stares and remarks of her classmate.

Madden Sumner’s destiny is highly important, as it is to be the Future Minister of the 7. The Minister of the 7 is their government, where Madden is destiny to lead. To start with she is dating the current Minister of 7 grandson Bas, and spends her times hanging out with other Purples. Yet Madden has a soft spot for Dax, after all before she was dating Dax’s brother Link, someone she still has feelings for. Madden is a strong believer in the system, after all she’s going to be head of it one day. Yet when the system killed Aldan for failing to complete his destiny, Link flew off the handles landing himself in jail, Madden’s world starts to fall apart. Looking into her family history Madden world turns upside down as she discovers the truth about her society and herself.

Together Shani Petroff and Darci Manley wrote an amazing book. The whole society is cool though as what you are meant to be, determines who you are to the system today. From the coloring rings dating back to old times where only royalty got to wear the color purple, it reminds you a bit like the Divergent series as what class you are determines what color you can wear. Shani Petroff and Darci Manley have such similar writing patterns you cannot tell that Madden and Dax are written by two different people. The best part was finding out other people’s destinies, as you know all the characters Dax and Madden interact with have one, making you wonder what they are meant to do in the world and when. The book ended off on a cliff hanger, making you know this book is probably going to be a trilogy. Overall it is a great book with lovable characters and a definitely must read. 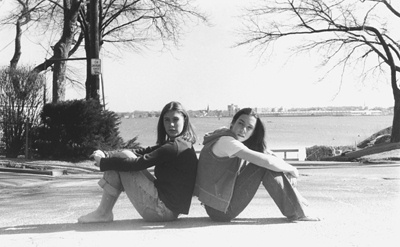 “making the future leader laugh”, “having a girl”, to even “dying before your eighteenth birthday”