Life as an Elemental has never been easy. You live your life the first seventeen years unknowing. Then you have your reveal, changing your whole life. Maybe you’re a shaker (earth), thrower (water), torcher (fire) or a rider (wind). Depending on where you are born decides what element you will be able to control. The people from Nereidium are most likely to be a thrower, where from the Clavish area are torchers. It says that you cannot escape your past, and never give up the place you were born. For Bree, her ties to Nereidum, that her father and Lady Kat were the only ones knows, that she is the true ruler of the island city and not Aleat.

Bree, Aleat and Tregle escape from the king, as they hide in town, using an Underground assets to escape from the city. Caden is forced to face his father, and is thrown in jail till Bree sent the asset to rescue him. Bree and Caden are separated as they each work their own ways to the kingdom on Nereidum. Except Bree is hiding a secret. They do not know that she is the princess, and that Aleat, although was born for the role, had no royal blood in her. Yet keeping that quite as Bree is faced with some of her more pressing matters. She cannot throw. From trying too hard, lack of sleep, Bree knew these were not the answers for her sudden loss of powers. Worst still is that Lady Kat has tied her soul with Bree’s appearing as a ghost that only Bree can hear and see. Telling her how worthless she is, and jabs about her father, that Bree did not want to hear. As Caden tries to build an army of men who are against his father, Bree and her friends try to survive the wilderness as they try to make it the Calvish land.

Jennifer Ellision takes a different point-of-view in this book as the story is told by both Caden and Bree’s point-of-view. This is good as for most of the book they are serpent, both fighting the war, and losing terribly. You get to see Caden’s view of Bree, and find that they are very similar and different in ways. Bree who feels like she loves Caden, can’t stop looking into his cool gray eyes and seeing his father. Where Caden who shares none of the personality traits as his father, cannot help but be frustrated at how childish his father is acting, how the man who raised him, can murder thousands to get at a weapon and a princess. If only the king and Caden knew that they were the same person. Caden risk everything for Bree, but her response is only to push him away, and then draw him closer to her once again. Caden and Bree has a lot to sort out, good thing the boat ride to Nereidum is long, but not long enough. 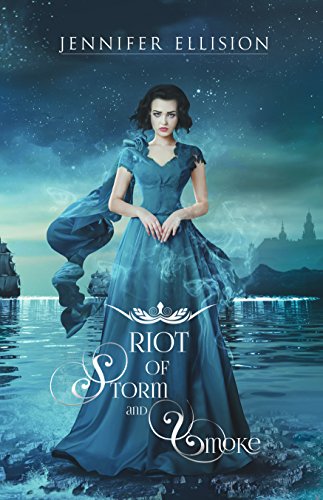 Caden and Bree have to find their way back to eachother.