The Nephilim race is tired of being used by the fallen angels. For two weeks they take over their body, manipulating their thoughts, and betray their friends and family by going on a rampage. Hank Miller, known as the Black Hand, is a pure breed Nephilim, who after living a long life decides to take a stand. Gathering his army the Black Hand is ready to send his men to fight as early as this Cheshvan, the only issue is he has to take care of an unruly daughter and her mysterious boyfriend first.

Nora has been missing for the past three months, when she wakes up in a cemetery all she remembers is that she had a biology test coming up. To her utter shock she learn that its September, not April as she thought it was, and is missing five months of her memory. During those five months not only did she help Scott, learn about Hank Miller true identity, discover the world of fallen angels, but she also met the love of her life: Patch. During her first night home, still confused as it seemed like a part of her was missing, she was able to remember Patch, and made it able from them to have a conversation through her dream. “Why did you leave me?” Was the first thing dream Nora said to Patch after she finished freaking out. Patch couldn’t get it through to Nora that he didn’t have a choice as he tried to explain “I did the only thing I could. I have you up to save your life.” Still thick headed Nora didn’t get it as she screamed back “I would have fought for you, Patch. I would have fought!” Without releasing who took her, Patch erased Nora’s memory of the dream, saying it was better for her to move on and forget about him.

Five months, the three she had been missing for, plus the two months leading up to it, was a total black space in Nora’s mind. She tried weaving things out of her mother and best friend Vee, to see if they can tell her what happen the two month leading up to the kidnapping. What she gathered was nothing strange, or unexplained. The only crazy thing was Nora was involved with a shooting at a theme park, the shooter named Rixon (Who Vee has no idea who that is) was never caught. Then her childhood friend Scott, one who when was around (again according to Vee) was a chauvinistic pig, and gave Nora a car as an apology. Still to Nora, none of this added up. Still the hole in her heart grew bigger as Nora knows she’s missing someone in her life, someone of significant matter and should still be with her.  Nora tries to jump back into school, and back to her normal life, yet even if she doesn’t remember the people she met in the past five months, they remember her, and aren’t going to sit in the shadows for longer.

Becca Fitzpatrick revealed major plot details in this book, with only one book left in the series. Nora losing her memory was a big twist to start this novel off, as the readers got to watch Nora slowly piece everything back together again. This was tricky as Nora didn’t remember why she hated said people (like Dabria) yet in this novel with the mention of her name and a few details Nora instantly hate her. It was also interesting as the last novel ended with the readers finding out Patch’s name is Jev. So watching new memory missing Nora talk to Jev/Patch, not releasing that he is to her was an exciting to see. It was confusing also as Nora referred to him as Patch, but the author wrote his name down as Jev. With Scott back causing more trouble in Nora’s life, a lot about her past linking to Hank Miller is revealed, Nora and Patch’s relationship goes to the next level as Nora picks the side of love over her family honour. 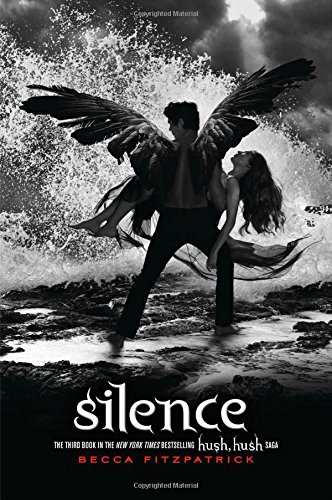