Cross My Heart, Hope to Die (The Lying Game #5) by Sara Shepard

Emma (and ghost Sutton) learns that their birth mother, Becky, was actually the Mercer’s first daughter.  How no matter how nice and willing the Mercer’s were, their daughter Becky just seemed troubled. Running away, showing back up pregnant, and then left them, to what they assumed, was the only child Becky had. Not knowing that Becky thought she could take care of one twin, and gave Sutton to her parents, while keeping Emma to herself. Yet it was Becky, Emma soon finds out, who met Sutton late at night on the 31st, and as Emma knows as of now, was the also one last to see Sutton alive. Yet their mother couldn’t kill her own daughter?  Emma has to face up to her biggest problem yet, as it was time to dwell into the past of a women Emma used to idolize.

Sutton, tied to Emma like a puppet, is forced to see Emma dress up and pretend to be her, each and every day. Watching Thayer, a boy who still holds Sutton heart, be rejected by Emma, while Emma is kissing a boy Sutton use to bully. Even watching as Emma crack the frozen hearts of her best friends, who hearts were frozen by Sutton to begin with.  Sutton realizes that now she’s dead, how good she had it. How instead of pinning her friends against each other, she should have come clean for them, and maybe is she was a little nicer, she wouldn’t have been murdered.

Sara Shepard is close to wrapping this series up. With only one book left to go, and a few hours left on the 31st, the murderer is coming into focus. Emma and Ethan’s relationship grows, but hits some bumps as Emma discover something that Ethan never told her about. As Emma is dedicated to Ethan, Thayer still thinks he can win her back, causing even more bumps as Ethan and Thayer square off. The writing is the same as the other books, and it kept its fast pace going. By this point the whole “each book has a new suspect” thing is getting old, but push on though there is only one book left. With a surprise ending, sure to leave you feeling unease, the murderer makes it known that he (or she) is always one step ahead of you. 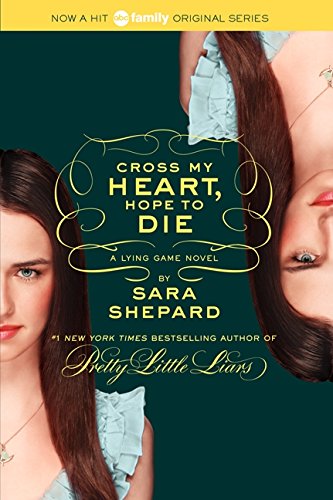 The killer is near.