The Last of the Firedrakes (Avalonia Chronicles #1) by Farah Oomerbhoy

A world full of knights, princes, fae (fairies), and mages (warlocks) is where this fantasy story are born. From the lands of Illiador, ruled under the iron fist of Morgana, to the lands taken care of by the Duke Gabriel Silverthrone. Where children born from faes and mages can possibly control magic. Those mages are sent to school, to learn how to control their magic from the Academy of Magic at Evolon, or to their rival school in Nerenor. Some children born from a fae and a mage can control the powers of both and become a fae-mage. They are very powerful, with only six existing in history. People fear them as two of the six turned towards dark magic, and almost destroyed their world.

Aurora Darlington was adopted… twice. Her birth parents abandon her when she was a baby, only leaving her a necklace with a gold disc on it. That is where her adoptive parents found her and took her home. They loved her like she was her own daughter, taking family vacations, visiting their parents, and celebrating birthdays. Aurora never knew how good she had it until the faithful day her adoptive parents died in a car crash. Two years later Aurora spends her days avoiding her horrid adoptive sister Cornelia, doing the bidding of their mother, and wonder why their father, Christopher adoptive her anyway. It wasn’t until a hurried family vacation that Aurora knew why.  Lord Oblek who came from a portal summoned by Christopher was there to take her back to “her land”. Terrified Lord Oblek let it slipped that her name was Aurora Firedrake, the true heir of the lands of Illiador, lands that his master Morgana ruled after she supposedly killed Aurora along with her parents.  Thrown into a world of adventure Aurora makes friends, enemies, a lover, and finds a family, in a quest to find out who she truly is.

As Farah Oomerbhoy first ever book this drips with fantasy. Everything magical that you have ever read, herd, or saw is in this book. At times it’s quite cheesy and a little too much, as every second you expect a flying dragon to appear with her prince on the back and proposing his undying love for her (which never does happen).  Where the plot was good, it seemed that Farah Oomerbhoy went character happy as there are so many names to remember, that have little value to the story itself. As the first book in the trilogy backstory has a lot to do with getting into the mindset of the story, and know why said character does what. In theory should have made it easier as Aurora was learning it the same time you were. It wasn’t as the author skidded past those parts saying the professor explained to Aurora about the kingdoms, but didn’t tell you what he said. Overall, it was an alright book, defiantly one if you love fantasy and romance and all those in between. 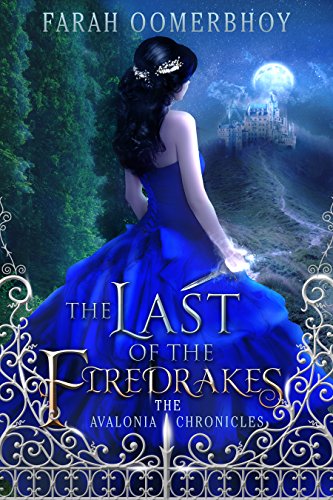