The world is not always what it seems. Sure we read myths about vampires and werewolves, how the dead come back to life, and the palaces of Heaven and Hell.  Some believe in these myths, others do not, as the facts can bring up both sides, while tearing down the other. Going to the religious side of Heaven and Hell that brings up the side of angels and demons. Demons are said to be the offspring of Lucifer, or anglers who had their wings torn out. No matter which one is true, it’s best to stay away from the fallen, especially if one is out to kill you.

Nora Grey and her best friend Vee Sky are stuck with only a few months left of school before summer break. In Coach McConaughy biology class, they sat next to each other until one day coach decides to change the seating chart. Forcing Vee to the back of the classroom, Nora finds herself with the new kid Patch. Patch, who never speaks, has jet black hair and even darker eyes, worst he knows everything about Nora, and knows just the right way to get under her skin. Nora is drawn to Patch, more than she ever had with anyone before. Part of her wants to wrap her arms around his neck, the other wants to run away and hide. Path is hiding something, something big, as his past is a big dark question mark, one he doesn’t want to answer. Nora life goes on a roller-coaster ride as Patch seems to be everywhere she is, Vee has fallen for the wrong guy, and Nora hears voices in her head, and on top of that she sees things that aren’t there. Nora has to make a choice between following what her heart and following her mind, as Patch seems like the guy you don’t mess with.

Becca Fitzpatrick did an amazing job at this start of a series.  The writing was fast paced, not letting you put down the book for a second, as she hurried from one event to the other. Nora although she made were not smart (that’s okay as Vee doesn’t seem that bright either) she knows what her brain want her to do, but knows who her heart longs for as well. Patch, the main bad boy, who can make every other bad boy look nice, as he makes Nora feel things she never felt before. Even though she won’t admit it, Nora fell for Patch the first day coach sat them next to each other. Yet Patch’s past in what troubles Nora, as she has no idea where he came from until he walked into her life. When Nora finds out the truth, it is less shocking than she expected, but makes her feel safer now that she knows who Patch truly is. 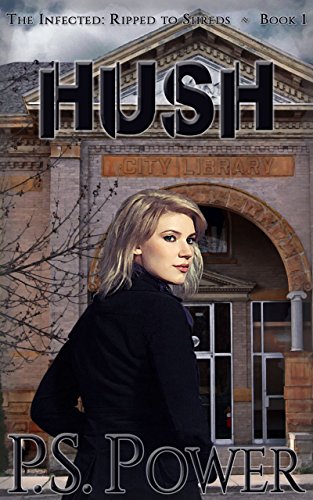 A love between a human and a fallen.