Hide and Seek (The Lying Game, #4) by Sara Shepard

To start with Sutton had a much more fabulous life than Emma ever did. She was the “It Girl” at school, having a group of friends who were just as fabulous as her, and being able to get away with pretty much anything.  Sutton’s family it was also perfect: two loving parents, a little sister who copies Sutton’s every move, even a big house and a dog. It wasn’t until Sutton “stepped out” and Emma “stepped in” that Sutton got to see how flawed her family really was.

Emma has been living at Sutton for a few months now. She has her every move down, only making Thayer wonder why she doesn’t love him anymore. Laurel is the number one suspect on the “Who Killed Sutton” list, after Emma finds out about Laurel not so secret crush on Thayer and how mad she was (and still is) when Sutton swept him out from under her. But is a boy really enough to make you kill? Emma thinks so, with finding some new startling “evident” she is almost positive it was Laurel. As Emma was about to bring the cops in on Laurel, she finds out an even darker secret. With a new suspect on her list, one even she dared it not to be, Emma with more help from Thayer than Ethan, tracks down her new killer, and maybe even her own death sentence as well.

Just seeing Thayer makes Sutton heart ache. She is torn apart on how hurt Thayer is when the girl who swore she loved him, is now over him in what a month? It hurts Sutton even more that Thayer does not see that Emma is not her. With more memories from the night she died, Sutton wishes she could play them for Emma. Yet Emma on her own from the same story on the night Sutton died, just with less of the conversations and minor details. Sutton watches as her twin gets close to the truth, as Emma feels she can’t play Sutton much longer.

Sara Shepard is closing in on the murder, leaving us readers guessing who it is going to be. With two books left to go, the night of August 31st is getting clear, but the part where Sutton actually died is still a big question mark. Emma has eliminated her friends, sister (twice), Thayer, and now Emma is closing in on Sutton’s family. Patching up Sutton’s issues with Nisha, knowing she couldn’t have killed Sutton do to her sleep over. So who is left? As each book has a new suspect with flimsy evidence the killer should be revealed soon as Emma doesn’t have that much time left. 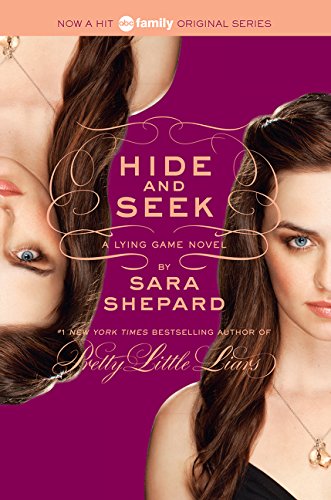 The killer is closing in...