Threats of Sky and Sea by Jennifer Ellison | Teen Ink

Threats of Sky and Sea by Jennifer Ellison

Back to a fairy tale past where Kings and Queens ruled the land, horse and carriage is the mode of transportation, and fire was used as a heat and a light source. The magical part of the world is the elementals. They have the shakers who can control the earth, throwers who control water, torchers for fire, and the riders in the air. Each person who can control an element finds out on their seventeenth birthday, and if they can, they are sent to the king’s as a soldier. After all, you cannot have someone so powerful obeying by their own rules.

Breena (Bree) Perdit lives with her father, Ardie, in the small northern town of Abeline. After her mother died giving birth to her, Bree and her father work together running their bar. Yet when three soldiers show up on their door, accusing her father as a traitor to the crown, Bree realizes her life is not what it seemed to be. The king, a childhood friend of her father, thrust him in jail, and plays Bree as a puppet, dressing her up like a noble woman, making her dance around the court, while she is still his prisoner. Bree along with the help of her new friends, Prince Caden, Princess Aleta, and Adept Tregle, has to unravel the secrets of her past, finds out what was a lie and what’s not, and find out the secret weapon her father took on his last mission, in order to save both their lives.

Jennifer Ellision did a marvelous job at this start of a trilogy. Bree is an incredible young lady who speaks her mind, and dares the thing no noble women should do. Her relationship with Prince Caden sets everyone on edge, and her interactions with Princess Aleta are colder than any winter she spent up north. The book is fast paced, with easy writing and fast chapters. The mysteries of Bree’s past are revealed slowly as her father wasn’t speaking. With the king’s threat looming about her, Bree comes to terms with the type of person her father was, who he is to her, and who she is to herself. 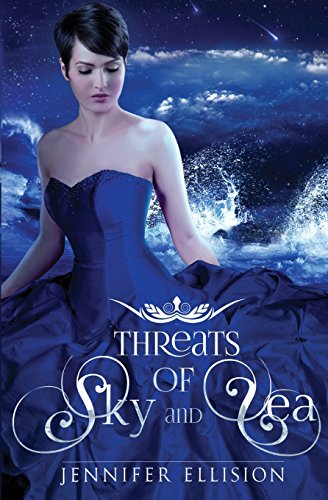