Hidden (House of Night #10) by P.C. Cast and Kristin Cast

Zoey Redbird is the youngest High Priestess known to the vampyre world. The gifts from their goddesses Nxy made Zoey able to contain all five elements as a fledgling, and who still at this point have not come to the change. Zoey’s archrival is Neferet, who still rains control of the High Priestess at their House of Night. Though out the series Zoey and Neferet has been battling it out, going unaware for the other vampyre in their world. At the end of the last book (Destined) Zoey finally made the other vampyre see how evil Neferet is. The only thing stopping Zoey now for truly beating Neferet; is herself.

Zoey and the nerd herd have been living in the depot, while being bussed in for classes on “the short bus”. The twins are no longer a thing as Shaunee and Erin grow even farther apart, so much the Erin (unlike Shaunee in the last book) wants to move out of the depot, and actually succeeds. Zoey and her team soon realise that Shaunee was the only one keeping the nice in Erin, without her Erin is growing into a dark place of mind like the red fledgling.  Zoey is having her own problems as she loves Stark, but cannot help seeing Heath in Aurox, which leads her to avoid looking into her stone. The main plot for this novel is the main battle between Zoey and Neferet as neither one is going to move, till the other falls.

P.C Cast and her daughter Kristin Cast are writing on of the longest series I think to every existed. This is the tenth novel in her series leaving it from being a good book to an okay one. To making the books boost up a ratting, they should have made one book out of every two they written.  In reality if you put Destined (book nine) and this one (book ten) together it would have been a great book. Instead you separated them, making both two okay books. Nothing truly happen in this book till the last twenty pages, making it a flop. Personally I would have given up on this series after book five if I was not determined to see what happens between Zoey and Neferet. If you are still reading at this point then hold on! Two more books left and we can finally see if light or darkness wins. 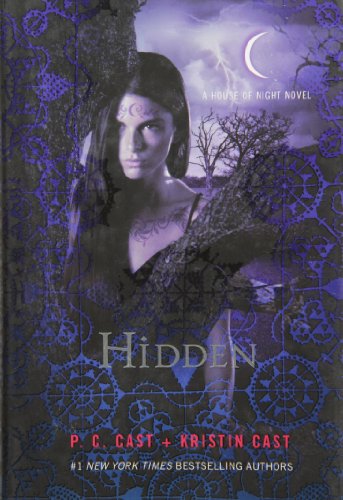 One series that needs a endding prompt!