City of Fallen Angels (The Mortal Instruments #4) by Cassandra Clare

Clary is in love with Jace. Jace is in love with Clary. The world knows it, and so do they. Yet now that they are no longer brother and sister the world is okay with them kissing and eventually doing it. After their big war against Valentine, things are going on as normal for the shadowhunters. Clary is even started her training, although I do not believe with her coach being Jace that they get much done. Even Simon life is going well as he’s finally dating not one but two girls he cares for a lot. The Lightwoods, Clary, Simon and Clary’s mother are all skipping along happily, until a dark cold hand drags them back into a past they tried to escape from.

Clary’s mother is finally getting married to long time avoid best friend Luke.  As if her first marriage did not end poorly she says yes when Luke ask, knowing that even though he is a werewolf she will always love him. Clary who has always treated Luke like her father is very pleased with her decision. The only issue for her is Simon. He has been dating bother Isabelle and Maia both ever since the war was over. Even though they weren’t exclusive, Clary was not looking forward to when they found about the other.  Yet Clary spends not time worry over Simon as it is her own love life that needs attention. Jace seems to be distancing himself for her. Never calling, not making dates, even not wanting to go to her mother’s wedding. Whenever she does find him it is unexpected and before she can even get half her statement out he is kissing her, and they get lost in each other. Clary has to figure out what is going on with Jace, knowing what ever trouble he is in, she will still love him and be there.

Cassandra Clare is more than half way into this series that was supposed to end with three, but is going on to six. This is not the worst book of the series so far, as I did not mind it that much. The series should have ended with book three. The Mortal War is over, Valentine and his demon son were dead, Jace and Clary got to live happily ever after, Simon is now protected for life, Jocelyn and Luke are getting married, and we even had a death of poor little Max. That sounds like a good ending for the series. Cassandra Clare did not think she made enough money off them and continued on to expand the series. Jace is back to being his dark sorrow version which was never fun to read, Simon’s drama is over rated, and the wedding did not even happen after they spent the whole book talking about it. The only laughs I get are the occasional Simon and Jace conversations, but even those are losing their touch. Clary like every other heroin thinks her so tough and then gets herself almost killed in stupid situations. Then the main plot of the story gets reviled in the end is so silly, that you almost laugh out loud. Let me make this clear to all authors out there: No matter who he/she was, no matter how much it was a mistake, no matter how much “magic” is involved in the world you created, you cannot, I repeat, cannot bring someone back from the dead (sorry Harry Potter). 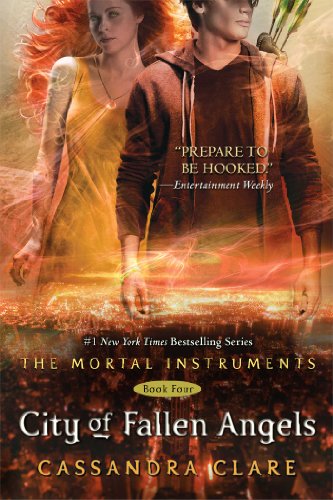 The boring middle of the series.