There is always that someone at school. That someone happens to be your best friend! But don’t get too excited that person is everyone’s best friend. Not popular but not an outcast, this person always has a smile and their face and an ear to listen. You even ended up spilling some of your secrets to her, knowing that she won’t tell a soul. That person at Clayton High is Jenny Greenley. Who is known to hold a few secrets of the school.

Junior year. Not many books at written about junior year, but for Jenny that is where her story begins. She is the page formatter at her school's newspaper the Register. Yet her job is more than that. She is also the school’s anonymous advice columnist! Too bad only a few people know about it. Her name is Ask Annie. Jenny enjoys her job as she was pretty much born to be a councillor. So there she goes every week publishing a letter and her response. Her life was pretty much the same it always been. Until the principle called her into his office. What could the principle want with everybody’s best friend Jenny? It seems that he had a new friend in mind for her. Luke Striker, Hollywood’s biggest star is doing a movie on a small southern school. Never going to school, Luke decided to do a little research for his own self purpose at Clayton High. It was up to Jenny to show him the works of school and keep his identity a secret.

Luke was excited about school. Never going he did not know what to expect. He manages to charm all the teachers and making every girl at the school fall in love with him, all while keeping his identity a secret. Following Jenny around, she got to experience school through his eyes as well. Even after the Cara incident Luke thought thing could change. Demanding from Jenny to be the social change. He believed she had power to change the way things ran.  Jenny thinking Luke was crazy, yet thought about what he said. Could she be the social change? Take on the school and follow her own advice?

Meg Cabot is born to write middle school girls fantasy books. This one was no different. As a high schooler I was ashamed of how giddy I got over Jenny and Luke and their “were just good friends” relationship. It is true that this book is a middle schooler dream and a childish book. Yet you expected that once you saw Meg Cabot and the cover page.  The best part was about Luke. He was not stuck up, but felt bad for poor Cara and was angry at Jenny for just standing by and watching this happen. Then most funny part was Ask Annie. Jenny gave some sassy responses and downright mean on some of those. The truth is cold and harsh when you ask Annie. Even though it was a fantasy and a celebrity will never go to your school and become your friend, it is the perfect girl fantasy. 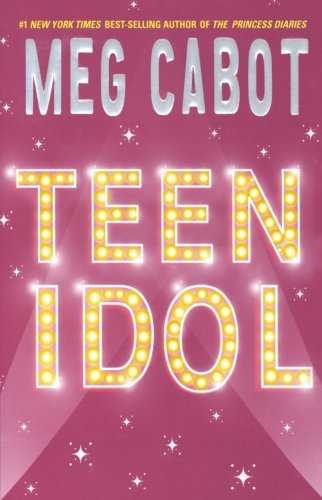