Hunted (House of Night, #5) by P.C. Cast and Kristin Cast

Zoey life has been nothing but easy since her change.  Her friends and herself have been put through things that not only tested their friendship, but their loyalty to their goddess. Yet their loyalty is tested to the extreme, as everyone one in their school turns away from the goddess and into the evil arms of Kalona. It’s up to Zoey to stick with her goddesses, and pick good over evil. But would Zoey be able to resist Kalona, who is anything but a fallen angel to her.

The book starts off in the tunnels. Stevie Rae, the red vampires, Zoey, Aphrodite, the “Nerd herd”, Erik, and Darius. Soon Heath joins the bunch making all of our charters present in the tunnels. Zoey and her friends have to group together in order to defeat Kalona. But Zoey is not so sure. Is he truly evil? After all he was an angle at one point, doesn't that mean there is a little good? As Zoey debates this, she is also face with another boy issue. Wow, what a shock. Zoey having more than one guy fall in love with her? What a plot twist. Not only is there Erik and Heath, but now Stark then former dead guy, who she known for one day and shared a kiss while he was dying. And now her feelings for Kalona whom Zoey cannot see that he is evil. Zoey is again keeping something from her friends, as she knows keeping secrets works so well. Yet this secret is about her past, something only Kalona known about.

P.C. Cast and Kristin Cast are running dry with this series. They main plot is still going strong, just the little sub-plots are drying up. Seriously, how many boys can she make fall in love with Zoey at a time? It seems like every book a new guy is falling in and out of love with her. And the lies/secrets Zoey keeps from her friends. Like did any of the last ones end well? Then why does she keep doing it. Other than those main points, the writing was good and stayed at a steady pace. Not one of the top book in the series, so let’s hope the authors pick it up. 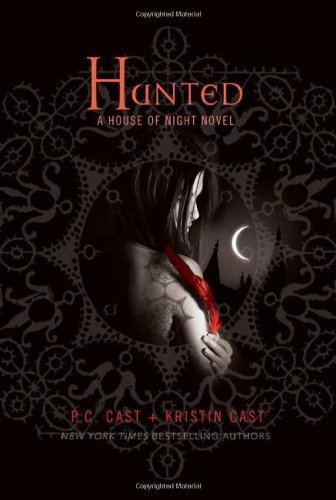 And the series continue!