Chosen (House of Night #3) by P.C. Cast and Kristin Cast

Zoey Redbird's life was finally getting to an odd sort of normal. Lies became an everyday thing, and even though she did not want to, some were necessary. Zoey, although not your average person also had more than one boyfriend. In fact, she has three. Yes, Zoey must have had some swag to score three beautiful in love, boys who would do anything for her. To top that off, her best-friend who recently died, but is now back as an un-dead new breed of vampires is walking about in the town. Zoey has her work cut in for her in this book, they only issue is can she manage it without losing anything?

Let's start off with the biggest issue known as her friends. Now after the death of her main pal Stevie Rae, her friends have become her safety net. Not one of them, she could use, as Zoey still kept a lot of secrets from them. After working closely with Aphrodite, their relationship is still at their odd but strong point, which none of her friends get.  She even have to hide the fact of the un-dead Stevie Rae from them; for reasons I do not understand. What Zoey forgets is that they are also Stevie Rae friends, in fact, they been friends long before Zoey even started the House of Nights.  Either way Zoey keeps the decision of lying to them about Stevie Rae, where she goes, why she and Aphrodite are close and about Neferet being completely evil. Eventually these frail lies will have to fall, and it is no surprise who is there to see it all go down.

The second major issue Zoey has is normal for most girls and it’s only a four letter word. That right, it is boys.  If it was a three letter word, then Zoey’s problem would be simple, but of course there is never just one. First off is her long term human boyfriend Heath. She knows she cannot stay with him, but her lust for his blood, plus their imprint makes it almost impossible for them to stay away. Yet Zoey knows what to do, if only she can find the words to do it. The second is one she is meant to be with. The handsome, popular Erik Knight, who loves Zoey with all his heart. Yet after being with Aphrodite can Erik love another lying girl, or would he see her in the same light and deem unworthy?  And the final guy would be the most confusing as it is Loren. This guy is her teacher, yet has taken a special interest in her. If only she knew how special that interest was, maybe it could have saved her that faithful night.  At the end of this book Zoey will lose maybe one, two or maybe all three of these gentlemen who think they love her.

This is the third book in the House of Night series written by P.C Cast and her daughter Kristin Cast. It is not a bad series so far, and the twists have been put in at their appropriate time. Each book is full of surprises so that there is never a dull moment. As this marks the ¼ way through the series, I am beginning to see the main plot growing. The humans, Neferet and Stevie Rae all seem to play an important part in the main story line. As the plot gets rougher and Zoey is to face it alone, all we can do is pray that Nyx is with her. After all The Chosen One’s  path is never the easiest. 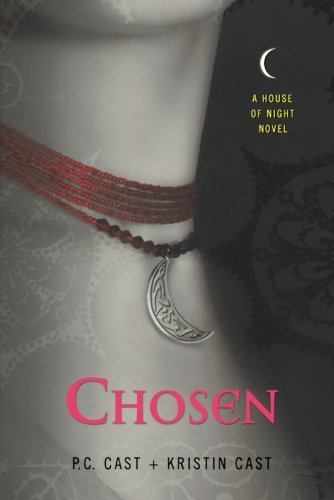