Prue and the others must return to the Wildwood as various players join the dangerous dance of the reawakening of the Svikist regime. From Tech Titans to the oppressive Synod to reuniting the Makers of Alexei themselves, our returning favorites must battle the odds at the furthest extremes to restore peace to the Wood for once and for all.

(Note to all: this, as mentioned above, is the third in the Wildwood Chronicles. I highly recommend the first two books are examined first, or one might experience a morosely unpleasant flush of amnesia in far too many places. Apologetically, I admit I don’t have a review on the first two books, [“Wildwood” and “Under Wildwood”], as it’s been a long while since I’ve read them.)

This series has always struck me by its beautiful, flowing Narnia-reminiscent prose and effervescent artwork—author Colin Meloy and artist Carson Ellis are both brilliant artists in crafting the Wildwood universe. They bring full and refreshingly original spins on the woodland fantasy trove, while yet including a fully realized take on modernism (and its often devastating effects).

The characters, such as Prue, Zita, Curtis, Elsie, do not have the stereotypical-staked-out makings of heroes, but they are characters one stands by and celebrates the same, if not more fervently. Imagery is flourished wondrously, never pausing or sprinting to take a breath. And the names—oh, the names!—are simply breathtaking.

But if it’s one thing the Wildwood cannot keep untamable, it’s the slight emotional disconnect. For example, the de-handing of the blinding of the two Makers was certainly intense, but the definite bitterness that should exist from the ordeal simply did not exist. There were minimal relations between Prue and Curtis, and their friendship reached its peak of interest in the second installment to the series—other reactions, it seemed, were toned down remarkably. It brings down the age audience, inevitably leaving many older teens’ vast thirst for emotional territory unquenched—also causing the spirit of adventure to take center stage.

A plucky, thrilling romp, “Wildwood Imperium” is a solid and thorough fantasy ride to redeem the YA shelves in its name. Humorous, sweet, and breathtakingly modern, it’s certainly not to be missed, not for the whole Impassable Wilderness itself. 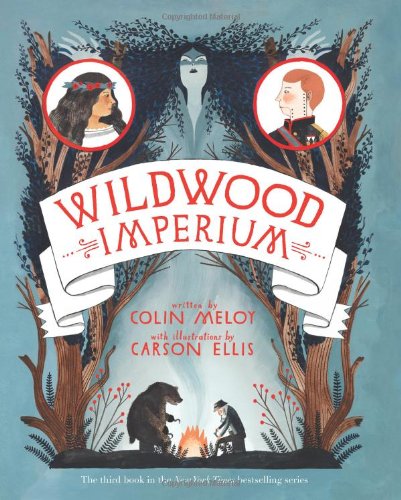