Nothing can make a girl more excited, than the chance to go to an older boy’s prom.  Shopping for the dress, papering for the night, the night itself, and then the days follow where you remember and gossip about the prom. What part of that does not sound perfect? Nicolette Antonovich was living in a dream as the older, but the hottest guy in the school, named Rascal, ask her to attend his prom. Ecstatic she paid her best friend older brother to drive her around to find the perfect dress. Yet two days before the big date, Rascal cancelled saying he’s going with his off-again-on-again girlfriend who just moved back from Arizona. Great. Just great for Nicolette (nicknamed Nic) to end the sophomore year. At least she has the summer to cool off and come back with a brand new face in September.

Starting junior year Nic is ready to kick start this year with a brave face. Rascal still first with her in the hallways, while his girlfriend is giving her the glare of death.  Ignoring her Nic tries to keep her head up and game on, as she puts all her might into volleyball in the hopes of next year winning a scholarship to help her attend university.  It was not until she looks in the mail to see that the bank’s ready to foreclose her home that she realizes it is time to take action. And by action I mean talking to her absent father into giving her money.  The only way she can get there is by Jared, her best friend Alison annoying older brother. After that, drive they had bonded in a wired but strangely beautiful way. If only Rascal could leave her alone. Soon Nic realizes why Rascal was after her, what everyone thought of her and how her position on the volleyball could be at stake. Nic needs to think of a plan to get her life on track and find a way to make amends with everyone and make use of her beautiful prom dress.

This is one of the top prom books I have read so far. Tina Ferraro twisted Nic’s life into every girl’s nightmare, of everything and everyone she loves have turned against her. The title of this book is appropriate after Rascal dumped her; Nic’s mother makes the list of “Top Ten Uses for an Unworn Prom Dress” as a funny way to get over it. I loved the chapters that start with one of the reasons for they were always funny and related to what just happen.  The writing was okay, and the story was predictable in the love way (when everyone knows when a guy likes you but you).  It was a perfect short comedy-romance that you can pick up and put away feeling satisfied with everything. The final chapter really did touch my heart as Nic did a generous thing for the dress. 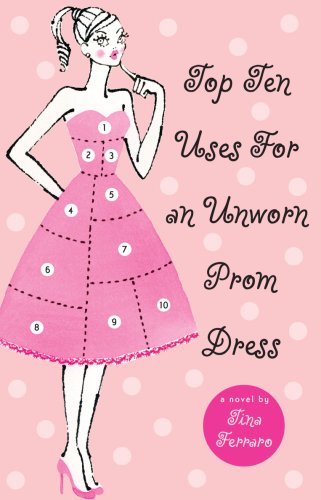 The hearts want, what the heart wantsd, no matter the cost.