Lately, Cat Andrew’s average life has been anything but normal. She has to deal with her mother’s boyfriend and his oh-so perfect daughter, unexpected chemical reactions taking over her brain, and not to mention the lead singer of the most popular boy band taking up residence in her backyard shed. Add drama and friendship troubles to the mix and wait until one tiny, little, and completely innocent lie leads to an utter catastrophe. Or should I say, Cat-astrophe?

Lively and chock-full of laugh-out-loud humor, this book sure packs a punch! The plot is surprising and at times a little confusing, but mostly an enjoyable tale of Cat Andrews. I love how some of the story is told through several letters between the characters because it adds more depth to the plot. It would just feel flat without those letters. As I said before, it might get a little tangled up in the middle of the book, but I believe that will only make readers want to read the rest of the book!

As for the characters, each and every one of them had their own ups and downs. Just when you thought something about a small character, turns out they have a big role in the rest of the adventure. Each of them were perfectly imperfect, if you know what I mean. In the beginning, Cat appeared to be your average nerdy teen, but it turns out that she is much, much more than that! Crazy and quirky, these characters had personalities that were so well-developed, it’s crazy itself!

In addition, I think that the songs and the lyrics included in the book were great bonuses. They gave the book a nice and heartwarming feeling that every reader loves. And the cool thing is that they are actually real songs! You should check them out sometime!

To sum up, Fanmail is a great read for any teen wanting some summer reading to do. Anyone who loves fun realistic fiction would love this book. 5/5 stars! 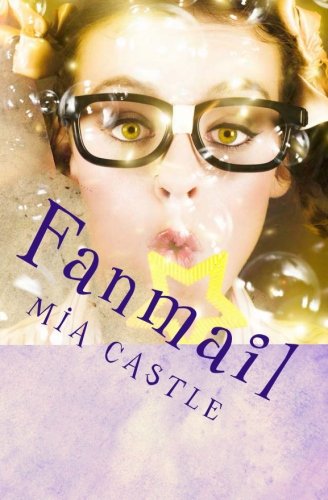