Colby Denton is the one responsible for ruining her family’s picture-perfect reputation after she discovers that her father was cheating on her mother. The sudden incident leads Colby and her oh-so-perfect sister and mom to move to a poor family member’s trailer. As if being a teenager isn’t stressful enough, Colby is also severely overweight and always being pushed hard to live up to her mother’s impossible standards. On top of all that, Colby experiences bullying after an embarrassing video of her made by her cousin makes it to the internet. Miserable, Colby attempts her own suicide, but it is interrupted by a tragic accident which deems Colby a hero when she’s only a fraud. When the reality about Colby being a fake hero is in danger to be exposed by a witness, Colby must face the truth about her mother, her problems, and her own life.

In short, this book is a whirlwind of emotions. I can honestly say that there were parts which made me so mad that I could scream, so happy that I could giggle out loud, and so sad that tears threatened to fall from my eyes. Thanks to the great writing, I felt like I stepped right into Colby’s shoes and saw the world from her eyes. I have to say that some of the characters were just downright terrible - not how they were written, but their personalities. I’ve never felt an urge so strong to jump right into the book and slap all the people who were causing Colby problems, especially when her mother criticized Colby about her weight. I believe the ending was so unpredictable because it wasn’t your boring, everyday, overweight-teen-loses-lots-of-weight-by-the-end-of-the-book-and-lived-happily-ever-after kind of ending. You should read the book if you want to know the ending!

Concerning the plot, I think that the twist near the middle was shocking. If you’ve read the book, you probably know what I’m talking about. This part of the book will cause readers to stop and think about what they just read. It’s like Colby’s life worsened tenfold by that point. Kudos to the author for making the readings feel that way!

Given these points I think it’s pretty evident that this surprisingly relatable book deserves a rating of 5/5 stars. I’d recommend it to anyone, basically. You don’t have to like a certain genre to read this book. Just pick it up and start reading! 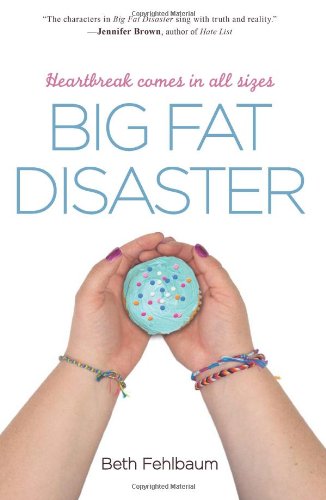