Favorite Quote:
Before it gets better;
The darkness gets bigger;
The person that you'd take a bullet for is behind that trigger.
-Fall Out Boy

In Outlaw, Ted Dekker found a way to take a message and make it the main topic. He was also able to maintain a good story. The story was so different than Dekker’s normal thrillers. It through me off because that is not his normal writing style. A story of Julian Carter, a white woman from Atlanta, decides that she wants to be a missionary. She and her son take a boat to her destination and she ends up getting captured by a tribe of Tulim in the jungle of Irian Jaya. Dekker uses this as a setting because he grew up there. Even though in his author’s note Dekker stated that the Tulim are made up, their culture and language is mirrored off of another tribe. I love how Dekker used his childhood and personal knowledge to write this book. It is a way to understand Dekker’s childhood. Dekker’s message is what it means to love. Julian Carter made the greatest sacrifice for her son. She loved him unconditionally. The plot was so good and never once was I able to guess what would happen next. Ted Dekker's message is really pushed in the second part of the book. The book took a turn and it was confusing. I absolutely love this book but the second part was more of a message, like a parable, rather than an enjoyable story. The second part lacked the depth the first part had. This made it seem very different. His message was how our bodies are like a costume and that our soul is the important part. This is a great message but it was talked about so much that it did not seem realistic. 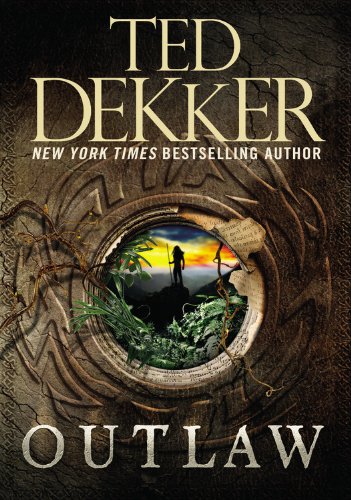