In the story, Unbroken, there was a man by the name of Louie Zamperini who, in my eyes, had many heroic traits. Louie from the start to the end of the book was an American hero. I define an American hero is someone who is willing to fight for what they deserve; this is exactly what Louie Zamperini did, he fought and fought until he got what he wanted and needed. Although there are many heroic traits that can describe Louie, the three heroic traits that stick out the most are determination, selflessness and hope.

Determination is a person's willingness to persevere through the challenges life throws at you. Louie was faced many challenges in life whether it was being physically or mentally tormented, he kept persevering because he knew that one day he would return to America and reunite with his family. To show Louie’s perspective on braveness through the daily torture he said challenges, “A lifetime of glory is worth a moment of pain.” (Pg. 143). This quote describes how determined Louie was, even though, he was being beaten on a daily basis he persevered through it all because he was determined to reunite with his loved ones and show people he’s not as weak as people thought he was. Louie was just like the Navy Seals in the Navy Seals article, because they were all determined to come out victorious and return to the life they wanted.

Louie was very selfless in this story, he put every single man before himself. While stranded on the pacific ocean Louie noticed one of his friends would have died from bleeding and dehydration, to fix this problem; Louie decided to give his friend, Phil, the rest of his water and took off his own shirt and tied it around Phil’s head, which ended up saving Phil’s life. That was just one example of how Louie was selfless, another example would be, in the Japan camps, he would take daily beatings from General Watanabe just so others didn’t have to suffer the beatings. He showed selflessness just like many other military veterans had. Although the two stories, Unbroken and A Mystery of Heroism don’t have the same plot, the two characters Louie and Collins did share one trait, selflessness. Despite his fear, Collins was selfless because he eventually went and got the bucket of water for the two lieutenants, and Louie was selfless by putting everyone before himself.

Hope is one of many traits that all people have to have in order to be classified as a hero. Hope is a combination of determination and perseverance. It’s that person having faith that they will get what they want, and even if that means they have to suffer in order to get what they want, they will do it because they have hope. Louie had hope all throughout the story, he was the one at the Japanese execution camp that had hope that he wouldn’t be executed and he would return home to his family. Without that hope Louie wouldn’t have made it through the execution camps, he would have given up. The quote used to describe determination can also be used to describe hope because throughout all the pain everyone has to hold onto that hope to return to the glorious lifestyle they want. Louie did exactly that and thats why he returned home and led a happy lifestyle after the war.

In today’s society many people can be classified as an American hero, but Louie Zamperini sticks out to me because he was the one person throughout his 5 month journey who told his men to believe they would return to the lifestyle they so much deserved. He instilled faith in these other man's mind, by doing this he had given them hope. He was determined for everyone of his men to return home, and he was selfless because he wouldn’t return home without his other men.. This is why Louie Zamperini is the true definition of a hero. 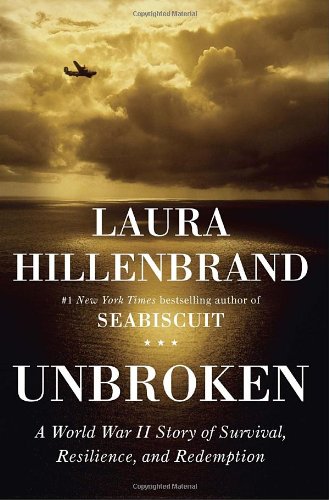