We Were Here by Matt De La Pena | Teen Ink

We Were Here by Matt De La Pena

We Were Here is a unique coming of age novel focusing on young adults and their interior flaws. The main character, Miguel Castaneda, is fifteen years old and in Juvenile prison. As soon as he gets released into a group home, this emotional adventure is revealed as well as the discovery of a man’s true self.


The writing within the book is presented in such a way that you can mentally hear how the character is supposed to sound. It is not ordinary writing, either. We Were Here is written in first person and there are not just regular chapters. Matt de la Pena uses dates throughout the year as “chapters” which truly put the plot into perspective. The author doesn’t give hints, he tells you Miguel’s life straightforward.

Focusing on the characters’ attributes is also a well-achieved action he accomplishes in this novel. He not only explains what they look like or what they know how to do, he explains the way the main character thinks, which is one aspect I have realized not many authors do. On the other hand, their secret internal life/history and struggles are a mystery to all readers until you are hooked into reading the full book, and I promise young readers will end up getting hooked.


De la Pena has a fabulous way of writing a book about the struggles of teens who have done some sort of wrong in their life. The book is the type that most people who have at least one flaw, no matter how small, can truly relate to in some form or another. It’s definitely one book I would recommend everybody who enjoys a phenomenal book, especially high school students, to delve into. 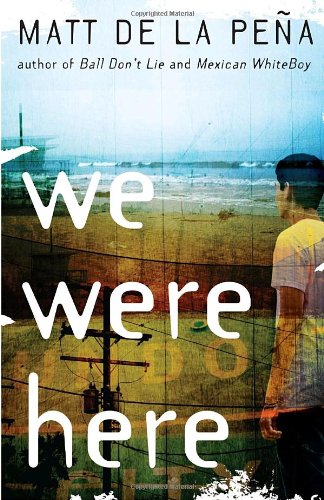 
Buy from Amazon
The author's comments:
What inspired me to write this piece is the fact that when I read this book, I didn't like the way the author wrote at first but I grew to love it! I found my emotions pouring out when reading this book and I really enjoyed that.
Post a comment
Submit your own