Nicholas St. North and the Battle of the Nightmare King by William Joyce | Teen Ink

Nicholas St. North and the Battle of the Nightmare King by William Joyce

Nicholas St. North and the Battle of the Nightmare King should be in every library across the globe. I’m almost sixteen and was enthralled by it. Joyce’s illuminations, what he calls his illustrations, were done in charcoal, a favorite of mine, and they are SUPERB! His writing harmonized with his illuminations to create a vivid, believable world that is like no other. Even Middle Earth, Narnia, and Alagesia have nothing on the world of The Guardians. I was touched by Katherine, the little girl who was named after Joyce’s late daughter Mary Katherine, because she was so kind and she kept her spirits up even when North and Ombirc left for the Himalayas. 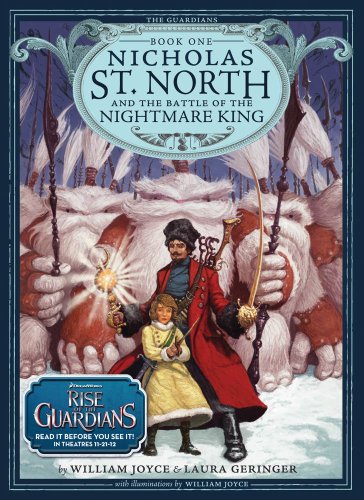 
Buy from Amazon
The author's comments:
Overall, I enjoyed this book immensely. I hope Joyce's world continues on!
Post a comment
Submit your own