This book I have probably read about six times and have loved every second. This book is own Sophie Mercer who on her 12th birthday discovered she was a witch. Three bumpy years later Sophie cast a spell which finally said that’s it. Sophie finds herself shipped off the Hecate Hall (nicknamed Hex Hall) a reformatory school for prodigium (fairies, werewolves, witches, ect.) An awkward, sarcastic girl, she deals with normal stuff by rejecting the popular girls, befriending the school`s outcast, and crushing on the hottest guy there. Not knowing much about her witch side Sophie deals with what she did not know about her warlock father. Hex Hall`s is the first book in the trilogy. I like the other books; but not as much as I loved the first. It seemed that the author had to write a third book so she made stuff up which do not go at all with the first book.
The writing was common but it made it seemed that Sophie was the one that was writing. The chapters we’re well place with not too many cliff-hangers and are a nice length. So read and enjoy Hex Halls and the trilogy and think what would happen if you were there with Sophie. 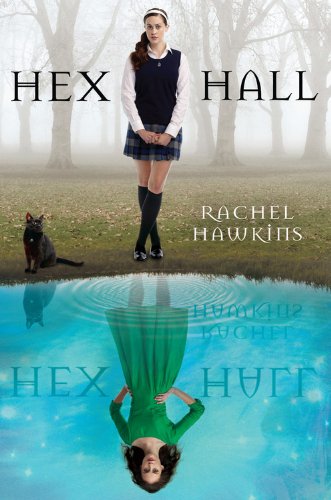 Favorite Quote:
“Gods of Olympus.” Piper stared at Leo. “What happened to you?”
His hair was greased back. He had welding goggles on his forehead, a lipstick mark on his cheek, tattoos all over his arms, and a T-shirt that read HOT STUFF, BAD BOY, and TEAM LEO.
“Long story,” he said.”

View profile
I totally agree with you, the first book was the best.