Murder on the Orient Express by Agatha Christie | Teen Ink

Murder on the Orient Express by Agatha Christie

Novel Summary: In this murder mystery by Agatha Christie, acclaimed detective Hercule Poirot boards the Orient Express, a train bound for England. His other train has been cancelled and one of the crew members on the train is his friend. But alas, a woman soon finds a dead man in her compartment! Hercule Poirot must solve the mystery, but all the clues just point to interconnections...
Review Opinion: Somehow, murder always seems to be committed right under Hercule Poiroit's eye. When The Orient Express is stuck in deep snow, a man, one of the passengers on the train, is found dead.
Poirot is immediately recruited to solve the mystery, being the only detective on the train (and of course, being the acclaimed Hercule Poirot). The clues all point to things that just don't make sense, unless... did someone sneak in from outside the train? But that seems impossible—when would he have gotten on? This spellbinding crime mystery keeps you guessing until the end!
A reference to this book was made in one of Agatha Christie's other novels, Death in the Clouds, also featuring Hercule Poirot. 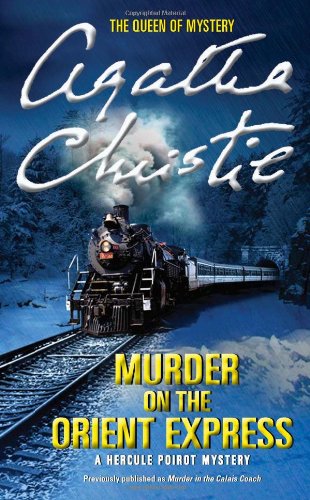 
Buy from Amazon
The author's comments:
I loved the book, and it was really an interesting read. I purposely did not reveal the ending in my review, as it will spoil the read, as it is a murder mystery.
Post a comment
Submit your own

Previous Next
Reviews
The Guest: What Happened to Daru?
By richard cleggett
Braintree, MA
Reviews
In Darkness, Death
By Forrest Inness
Galesburg, IL
Reviews
Eragon
By Jing kappes
Portland, OR
Reviews
The Legend of Holly Claus
By Laura Galbus
Mantorville, MN
Reviews
Where the Heart Is
By Brittany Hustead
Custer, WA
Reviews
Where The Heart Is
By Alexis Ballew
Bellingham, WA