Among the Hidden by Margaret Haddix | Teen Ink

Among the Hidden by Margaret Haddix

Do you like mystery, suspense, action, and bravery? Well if so this book is for you! Among the Hidden is an amazing story about life as a shadow child. Shadow children are children of a family that already has two other children. Since they are the third child born, they are supposed to be killed by the government. The government kills the third child, because the population continues to grow, however the food supply is decreasing.

In Among the Hidden, the book talks about Luke. Luke is a shadow child. Since he is one, he is not aloud to go outside, be near windows, or communicate with anyone outside of his family. One day, while watching out the window, Luke notices that there are new people moving in next door. He also see’s that the new neighbors also have two kids, nut something tells him there is someone else in that house he hasn’t seen, but who could it be?
Jen is moving into the house next door to Luke’s family. As she sees everyone else leave the house she looks out the window and up at Luke’s. She notices someone at the house next door. Who could it be though, everyone was supposed to be at school, or at work, and then it hit her. He is also a shadow child.

Eventually, they meet each other an think of new ways to communicate, and discovered a chat room for shadow children. The chat room is full with people, just like them, they like in the shadows of their homes, and away from anyone. They begin to chat and come up with a plan to talk with the government, but they didn’t know how to make it happen. With scowls on their face, they take action on their plans and talk to the government, but little do they know what might happen.

Among the Hidden is a book that will keep you on your toes wanting for more! Among the hidden is the beginning of seven series. The book is encouraging, telling you to stand up, not stand down, and take action! I would recommend this book to any one who is looking for a great book to read!

In conclusion, this book is an exciting twist on the way of life. It has murder, mystery, and makes you never want to put it down! In my opinion, I would give it five stars. Five stars, because of the authors hard work and put all of her effort to make this such a great book! 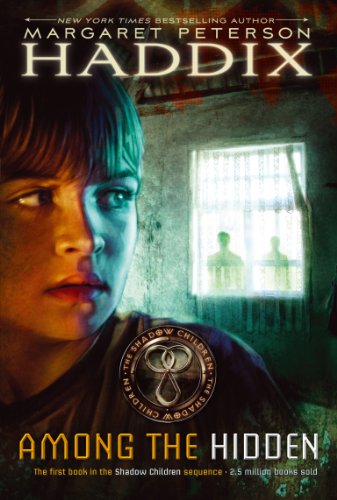