Even in the most pressing situations, the most paranoid future situations, the near-death encounters, the thrills and spills the science fiction hero deals with, they always have one thing they can rely on: they’re mind. So it makes since, in Philip K Dick’s famously dark and unsettling novels, that’s the first thing to go.

Despite A Scanner Darkly’s science fiction tropes and setting, it makes no secret of its true subject matter. It’s a tragedy about drug abuse and addiction of the 1960s, a horror story about a man’s decline into madness. There is little action to be found here; instead the writer provides plenty of suspense and all sorts of brilliant, disturbing dialogue and jeopardy.

Bob Arctor is addicted to a new street drug, Substance-D. He spends his days hanging with his roommates and dreaming of Donna, the beautiful dealer he’s set his eyes on. He’s also a narc, dedicated to discovering the source of Substance-D, whose identity is secret even to the police; he’s known as Fred. He’s doing a decent job keeping his two lives separate, until Fred is given a new target: Bob Arctor himself.

At first, Arctor uses his awkward situation to his advantage, using the surveillance to keep an eye on a suspicious roommate. But his two worlds finally begin to split, and this is when the novel really ramps up the unsettling.

It’s not much of a spoiler to say that Arctor’s mind dissolves throughout the course of the book, or that while the ending offers hope, there’s none for poor hapless Arctor himself. Most of the characters are little more than pawns, but with such a heart-breaking, realistic humanity packed into them they never lose sympathy. Here, Dick benefited from real life experience, using 1960s slang to make his world seem even more real.

As speculation on the future, Darkly barely stops to flesh out its setting. There’s no need; the futuristic technology is in no way necessary to the plot. The book would work set at any time in the late twentieth century.

As a protagonist, Arctor walks a fine line between likable and horrible. His cynical thoughts and belief system, his detest for the materialistic middle-class, are all a bit stomach-churning. We want to believe is something good in this world Dick has created, but he keeps enough humanity in his characters to prevent a world do dark it’s impossible to believe in.

The ending packs a heavy dose of conspiracy, which is all very cleverly plotted but might have packed a bigger punch were it introduced earlier in the book. However this ensures that few of the characters ever really know what they’re fighting for, if anything.

All in all, despite the future setting A Scanner Darkly is more of a study in madness, a warning, a pessimistic commentary on society, and an elegy for the lost. In these ways it is heart breaking, moving, poetic, and fantastic. It cannot be called delightful or hopeful, and may leave many a reader feeling unsettled or, worse, bored, but those patient and brave enough to examine and discover this tragedy will be rewarded with something brilliant. 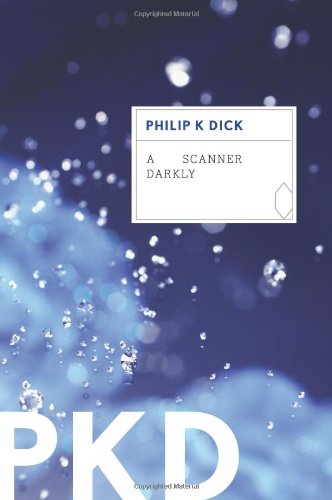