Shatter Me by Tahereh Mafi

Favorite Quote:
"I'm not mad at you, I'm mad at…pretty much everything else in the world. But the world doesn't have a face, so I was going to take it out on yours." –'Partials' by Dan Wells

Juliette Ferrars is blinded by her unusual ability. Her touch does more than to contact, but to hurt. She never means to, but the society she’s living in is all wrecked and the world doesn’t contain flying birds anymore, and she has no choice but to leave.

Being isolated in a cell far from her estranged parents, Juliette meets someone new. Someone familiar. Someone who seems trustworthy, but Juliette doesn’t know anything about trust. Her touch is the proof; it fails her to come in contact with someone of her kind.

But maybe everything is about to change. Maybe Juliette is not a monster; she’s human like the rest of us. Her touch is not a curse. Her touch is a weapon.

When I first opened this book, I honestly expected it to be a typical dystopian read with a little difference, since the main character has a mystical power, unlike the ones I have read before. But reading it proved it wrong. Shatter Me is a unique blend of inventive metaphors, a journey of rebellion, and good romance.

One thing that readers will notice as they first read the book is that the author has put any figurative language you can name. This will absolutely attract the audience who are in the search of something unique, not just from the story, but from the style of language as well. It creates a new impression of sparkling emotions from depression, happiness, to love. Though different and unconventional, the language is actually clear and easy to follow. For those who really likes to read short, memorable quotes, Shatter Me could be a source of inspiration.

The plot picks up where Juliette is told to have a new cellmate to share her prison with. The story is told in present tense, so the adventure unravels as it keeps going. Juliette is the narrator, which explains the language I was just talking about. It doesn’t have many unexpected twists, but when a surprise is revealed, it really will make the audience gasping for breath, because some scenes beforehand aren’t as exciting.

Most dystopian novels nowadays would mainly focus on the rebellion and the problems in their world. In Shatter Me, the ratio between the external and internal conflict is probably 2 to 1. It mostly discusses the things Juliette is going through, such as her melancholy and herself being moonstruck. This may seem to interest the female readers more, because it is very personal and very young womanly. Especially with the characters the author featured.

Probably the only thing that would overwhelm readers is that most of the characters are actually male, and two of them are the ones who matter the most in Juliette’s life. But, the characters each have their own flair, something to remember them by, and not only because some of them have supernatural powers. They’re all very entertaining, even Tahereh Mafi made a Q & A video of herself pretending to be the characters and answer the fans’ questions!

Shatter Me’s sequel, Unravel Me, is set to be released by HarperCollins next year. Before that, though, there will be an e-book called “Destroy Me”, which is said to fill the gap between the two books. The book is said to be told exclusively in Warner’s point of view, Juliette’s opponent in Shatter Me. Destroy Me will be released in October 2012 and Unravel Me’s publication date is February 2013, and it will hopefully answer the questions fans have dying to know; who will Juliette end up with? 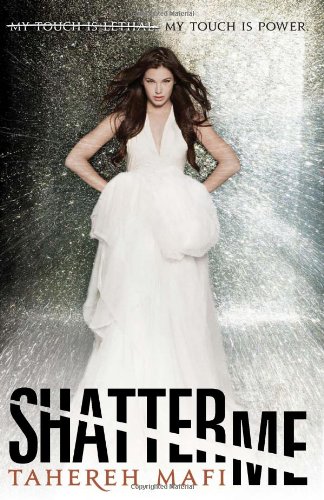