“I remembered [the] letter to the newspaper; I remembered the whipped-up public frenzy, the journalist frenzy… the extra supplies, the news coverage, the money donations, the volunteers. Even the sensational flourish – the organ mailed to the police. This kind of murder mystery would naturally enthrall a London public raised on penny-dreadful novels. This had all been planned. The lives of each victim had been taken for this purpose.”

Abbie Sharp and her grandmother do not see eye-to-eye; her grandmother is very wealthy and believes that her granddaughter should follow the path that all rich women take and become a submissive wife for a powerful man. Abbie disagrees. She was raised in Ireland by her mother, a governess, after they ran away from her grandmother’s too-traditional ways. Now that her mother is dead, Abbie has to follow the life her grandmother wants her to lead, but she’s been unsuccessful in giving up her headstrong and independent ways. When her grandmother decides that Abbie should volunteer for a week at the hospital for poor women in order to understand why she should accept her role in life, Abbie realizes that she loves helping and caring for other people and decides that she wants to become a doctor. When some of their patients are brutally murdered shortly after their release, however, the Whitechapel Hospital staff realizes that they’re not as safe as they had once believed. As Jack the Ripper claims more victims, Abbie realizes that she much help to catch the killer or else she might be next on his list.

Ripper is an interesting take on the Jack the Ripper tales. Reeves presents a strong and believable young female character in Abbie, and many girls should be able to relate to her feelings of entrapment and the belief that there’s something more to life than just being someone’s wife. Parts of the book are a little creepy – the first description of Jack definitely gave me goose bumps – but they definitely enhance the novel and help the readers to believe that they are right there beside Abbie. Reeves does a great job creating characters that are both believable and true to the time period, and I couldn’t put this book down. High school girls interested in the late 1800s would definitely enjoy this book, but anyone looking for a slightly paranormal take on a true story would like it just as much. 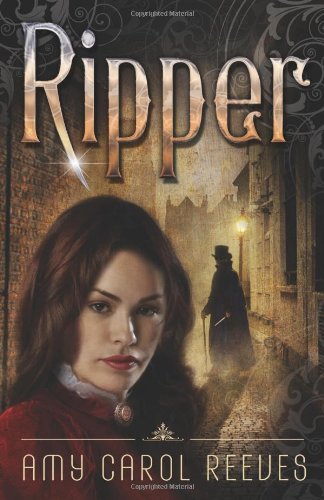 
Buy from Amazon
The author's comments:
A fast-paced and exciting read, Ripper definitely has me excited for a sequel.
Post a comment
Submit your own