This is the fifth book in the House of night series, which I personally enjoy, and it definitely gives the previous books a run for their money. It introduced Stark, a few new fledglings and brought back many of our favorite characters including Darius, Shaunee and Erin, Damien and Jack, Erik, Heath, Stevie Rae, Aphrodite and of course, Zoey. But if you are one of those people who is constantly picking up a book from the middle of a series(and you KNOW that it's not the first one!), then you should not read this series. It brings together a lot of what many teenagers want in a good book. Love, fights, drama, and last but not least, vampyres. But even though these books are well written and have a great capacity for realism, these authors just do not know how to end the books. Each of the books end with a cliff hanger. Yes, i know that that almost always makes or breaks a good book. But they also leave you wondering what really happened. And they don't start the books with a recap of what happened in the book before it, either. They just re-introduce characters that we already all know about pretty well(if you have read the books in order). While this one explains a lot of what happened in the last book, throughout it, it doesn't include information about the previous book in the beginning of it, so we remember what happened. It introduces a lot of drama between Zoey, Erik and the vampyre Poet Laureate, Loren Blake, and also some cool new action scenes between Zoey, the circle, and Neferet. I think there should be more to the story about why Neferet is so hateful towards Zoey, and maybe tell a little of her back round story, so we shouldn't have to read the novella about her past. Plus, the info that is in Lenobia's Vow, and Dragon's Oath should be included a little into the books also. I love this series, and i love the plot-line that Kristin and P.C. Cast have written for it, but I think it needs to be a little more thought out organization wise. And here's a bit of advice: if you are one of those people who reads books from the middle of the series, this is not the series for you. You won't understand what is happening and you probably won't want to start the series over. 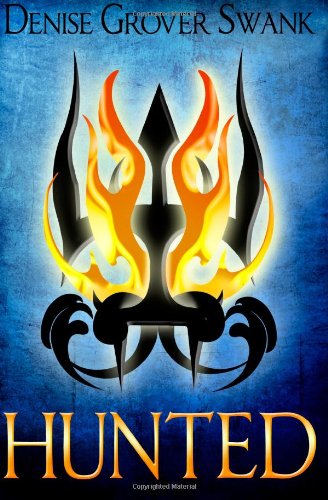 
Buy from Amazon
The author's comments:
there's not much to say, but I do really enjoy these books, so authors, please don't take this personally.
Post a comment
Submit your own