In the book 'Treasure Island' by Robert Louis Stevenson takes you to mid of eighteen century. It was the age of pirates. The Disney pictures take a movie in 1950 with this book.


Jim Hawkins, the teenage boy who is the main role in this novel began to narrate his experience about traveling to the treasure island in the schooner named Hispaniola. He started to write his experience in his seventeenth age by the advice of Dr.Livesery and Squire Trelawney, who traveled with Jim in the schooner Hispaniola.
Jim Hawkins, a young son of the owner of inn Admiral Benbow happen to meet an old sea man Billy bones. Jim use to call Billy bones as a captain. Billy bones stayed in the inn for a long time and he disturbs others by singing his old sea song, 'Fifteen men on the dead man's chest.' Jim later realized that Billy bone was in some trouble. After a few days a strange sailor named Black Dog visited Billy bones. Billy bones after talking with Black dog for a few minutes they began to fight, and as a result Captain suffered a stroke.

While Jim takes care of Captain, Billy bones narrated his experience as a sailor with Captain Flint. After some time another mate of Billy bones, a blind man named Pew visited Billy bones. Pew meets Captain and warned him to meet their demands before ten o'clock. When the captain saw the demands, he was affected by stroke and died immediately.

After neglected by the villagers, Jim and his mother tore the shirt of Captain and found a key hanging around his neck. Jim also found some papers bundle tied in an oil cloth. Taking coins and map, both Jim and his mother fled from the place before Pew and his pirates arrived.

Dr.Livesey and Squire Trelawney with the help of the map Jim provided, planned to travel to the treasure island on the schooner named Hispaniola with Captain Smollett and Long John Silver, a former cook and Jim as a cabin boy. After experienced several problems, treason and difficulties, with the help of Ben Gunn, Dr.Livesey's group finally discovered the treasure except the bar silver and the arms of Captain Flint.

Robert Louis Stevenson set this novel with a true spirit of adventure, that will inspire every reader. This book is one of the masterpieces of Stevenson and a pleasant book to read. 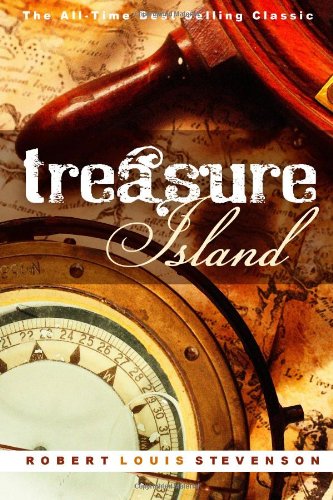