Favorite Quote:
"For the last time, we did not order a giant trampoline!"

Out of the great literary classics, Adventures of Huckleberry Finn by Mark Twain ranks among the best. Published in 1884, but set in the deep south before the Civil War, Twain creates a poignant and timeless story of equality and human dignity. On the surface, Adventures of Huckleberry Finn seems a light-hearted adventure story, but another glance reveals the precision with which Twain touched on the core of black and white relations in that time period. Twain outlines the process from disrespect and unfeeling to friendship and equality with his protagonist, Huck Finn. Throughout the book’s adventures, Huck greatly matures morally, demonstrated mostly in his interactions with the black slave, Jim.

A few chapters into the book Huck meets up with a chief character, a runaway black slave named Jim. With no regard for Jim’s feelings and with no jab in his conscience, Huck casually plays a few tricks on him. Huck does not necessarily mean to act cruel, he just cannot see Jim with feelings like his. Even when one of Huck’s tricks ends with Jim getting a snakebite, Huck does not apologize to Jim or even confess his fault. This unequal relationship changes after Huck and Jim are separated on the river in the fog.

After initially losing one another in the fog, Huck and Jim tire themselves out looking for each other, and they both fall asleep. When Huck wakes up and finds Jim and the raft, he takes advantage of the fact that Jim is still asleep, and pretends that the whole fog situation never happened. This silly, immature joke at first seems to follow the same route other tricks Huck played, but then the story turns suddenly from trivial to incredible. When Jim learns the truth, he eloquently tells Huck how broken-hearted and terrible his night was, thinking Huck dead, and he says, “. . . trash is what people is dat puts dirt on de head er dey fren’s en makes ‘em ashamed” (89). Huck feels truly terrible, and he finally humbles himself and apologizes to Jim, a slave, and says he “ . . . warn’t ever sorry for it afterward, neither” (89). During the conversation, Jim essentially called Huck his son, and Huck apologizes to Jim as though they are equals.

This turning point sets the tone for the rest of the novel. Jim, the one black character, is also the most caring person in the book- not a mistake on Twain’s part. Huck and Jim develop a solid relationship, even though Huck thinks he faces eternal damnation for helping a runaway slave. Huck struggles with that concept a few times still, a considers himself ‘weak’ for not turning Jim in. One of the times Huck gets ready to finally tell on Jim, Jim tells Huck that he’s the “on’y white genlman dat ever kep’ his promise to ole Jim” (92). After that incident, Huck doesn’t consider turning Jim in again, even though he constantly considers himself a weak sinner.

Eventually, Jim does get turned in, by the king and the duke, two con-men. This shows a major change in Huck. At the beginning, Huck wanted to turn Jim in himself, but when the king and the duke do at the end, Huck “set[s] down and crie[s]” (204). Finally, Huck’s constant inner debate comes to a head. On one hand, it goes against all his values and concepts to help a slave, and he thinks of himself as damned. On the other hand, Huck can’t think of “no places to harden [him] against [Jim], but only the other kind” (207). Huck understands that “[he]’d got to decide, forever, betwixt two things” (207). Huck decides to “go to hell” and try to steal Jim back out of slavery (207). Huck realizes the significance of that decision- he literally believes that he just turned himself over to eternal damnation. Yet he does it anyway, because he loves Jim.

At this point, Huck’s moral development seems complete. The contrast between him and Tom Sawyer, like the contrast between the two books, shows this. Tom Sawyer meets up with Huck and both of them try to steal Jim out of slavery. Tom spends an extra 51 or so pages making everybody do things his way for his own enjoyment, most of all Jim, all the while knowing that Jim is by rights a free man. At the beginning of the book, Huck probably wouldn’t have really minded that. By the end of the book, though, if Huck knew that Jim was really free, he would not have wasted any time telling everybody so, no matter what Tom wanted.

Adventures of Huckleberry Finn outlines the amazing transformation in Huck from an immature child to an understanding young man. This book, written during the Reconstruction, emphasizes the need of the country to make its decision, once and for all, to see black people as real individuals. Huck made his decision. America slowly followed. 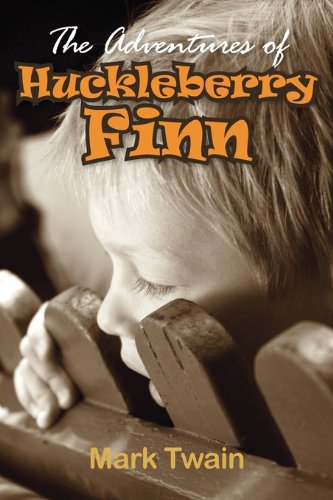