Zombies vs. Unicorns by Holly Black and Justine Larbalestier

This is an anthology—a collection of short stories. It is an epic anthology, arguing out an age-old question: zombies, or unicorns? Which is more awesome? Which is more versatile? Which is more symbolic in deep, meaningful literature? And most importantly of all, which is worse: to be ridden with horrible diseases or to fart rainbows wherever you go?

Holly Black takes the part of Team Unicorn, aided by authors such as Meg Cabot, Garth Nix, and Diana Peterfreund. Their stories run the gamut from Princess Prettypants to a quests for justice to the raising of a baby killer unicorn. (They’re not kidding about the killer part. They have fangs and poison and everything.) On the other side is Justine Larbalestier, for Team Zombie, backed up by authors such as Scott Westerfield, Cassandra Clare, and Libba Bray. Here there are not only edgy post-apocalyptic survival tales, but also heartwarming zombie love stories, because nothing is more adorable than an undead in love.

Zombies vs. Unicorns is vastly amusing, with stories from a number of best-selling authors and some very snarky debates between Team Unicorn and Team Zombie before each story. It’s also comprehensive—stories of all genres are covered, and neither zombies nor unicorns are afraid to break out of their stereotypes and turn lovey-dovey or homicidal as the situation demands. The best thing about this book is the fact that it is an anthology, so you can read whatever short stories you like and stay far, far away from the ones you hate. But it’s best to read them all, so you have a fair basis for your own answer to the question: 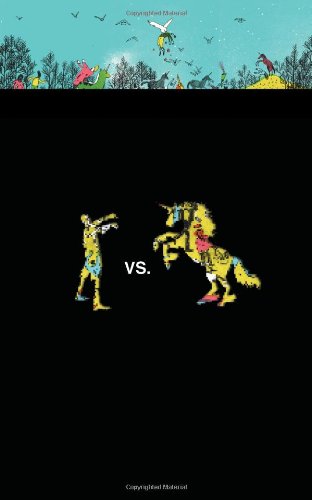