Annabel Greene is the girl who has it all. She’s popular, beautiful, a model, in fact. Then things start falling apart, starting with her anorexic sister and ending with the entire school abandoning her. And that’s not even the worst of it. She has more than enough issues, but she isn’t telling anyone—Annabel fears nothing more than confrontation. Then she meets Owen, also an outcast, but more importantly a boy who tells nothing but the truth. From him she finds courage, honesty, and rather inevitably falls in love.

Although this is a book focusing on relationships, there’s a dose of suspense, too. You get the story a piece of a time, like Annabel is slowly revealing herself. What really happened the night her friendship with her nasty best friend Sophie came to a screeching halt?

This is a story about not hiding yourself, about acknowledging the impossibility of making everyone happy. All Annabel wanted was to be normal—no modeling and no drama. Except she never wanted to disappoint anyone, either. There are ups and downs and serious themes in this book, and although the ending is rather predictable, the characters are painfully real. Just Listen gives a sensitive recounting while confronting teenage problems head on. 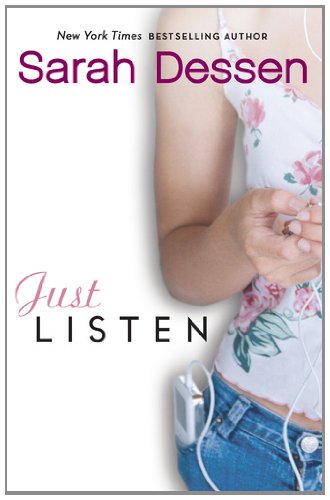 View profile
i love this book so much that i have two copies because my first one was in bad shape. this  book is about groth and so is all of her books, because i read more then one of them so far. it very boy meets girl and i like that its a change from vampire and all that crazy.