The Maze Runner by James Dashner

“My name is Thomas, he thought. That… was the only thing he could remember about his life. He didn’t understand how this could be possible. His mind functioned without flaw, trying to calculate his surroundings and predicament. Knowledge flooded his thoughts, facts and images, memories and details of the world and how it works. … And yet he didn’t know where he came from, or how he’d gotten inside the dark lift, or who his parents were. He didn’t even know his last name.”

Life in the Glade is cyclical at best; the animals are tended to, the crops are taken care of, Homestead and the other living areas are cleaned, and the Runners search in vain every day to find a way to escape.

The Glade is surrounded by an enormous, path-changing Maze that the Gladers have been trying to solve for the better part of two years with no success. Each month the Creators send a new boy into the Glade, and each month the boys are no closer to escaping than they were the month before. The Gladers refuse to give up hope, but some of them have begun to wonder just how much longer they can survive.

Thomas arrives in the Glade with no memories, no idea who anyone is, and a strange sense that he’s been in the Glade before. But from the second he arrives, the perfectly-maintained life in the Glade begins to crumble, and when the first girl in the history of the Glade shows up the following day holding an ominous note about “the end,” their cyclical life begins to spiral out of control. Thomas and the others know they need to solve the mystery of the Maze, and they know they need to solve it now before they run out of time completely.

The Maze Runner presents a dystopian future with a setup reminiscent of The Hunger Games. However, this book moves extremely slowly until the last quarter of the novel, and its slow pacing and its secrecy will quickly turn off reluctant readers. Though this is Dashner’s third novel, Maze Runner reads as if it’s his first; I often got the feeling that he was confused about what age level he was writing for, and he seemed to “dumb down” some of his writing to a level appropriate for fifth or sixth graders. Because of the content and the goriness described near the end, though, I would recommend this book to high school students who are willing to wade through the slow, almost annoying beginning in order to get to an action-packed ending. 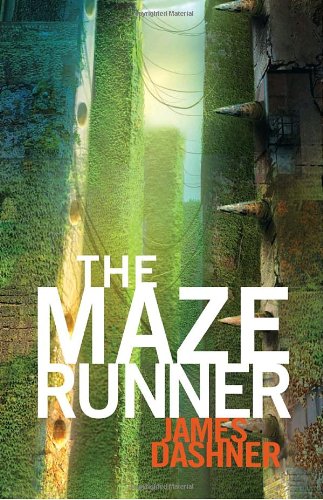