Hitler-the man who took innumerable innocent lives, a charismatic leader to the Germans struggling after a world war, but also a two-faced monster to the Jews suffering in concentration camps. What if this very man had an unknown daughter hidden from the rest of the world? What if this daughter wasn't perfect like the Aryan race Hitler was thriving to make? How would you feel if that daughter was you?

A war is raging outside, rumors of Jews and concentration camps are whispered on the streets and the air is filled with restlessness and hatred. Heidi knows nothing of this for her studies with Fr??ulein Gelber and her visits from Duffi, are the only events in her life. Situations begin to change when food becomes scarce and the sound of bombs echo in her ear more and more often with every passing day. A few days later, Heidi is taken to Berlin with Fr??ulein Gelber to meet her father, Duffi, also known to the world as Hitler and her life is turned upside down.


The story of Hitler's daughter is just another made-up story of Anna's, or is it? Ben, Little Tracy, and Mark are surprised and intrigued when Anna begins to tell them a story related to Hitler on a rainy day while waiting for the bus. Unlike her normal stories of make-believe unicorns and talking horses, Anna's new story of Hitler's daughter, strangely haunts Mark and seems to trouble Anna. Mark's head becomes clouded with questions; Did Hitler really have a daughter? If he did, would his daughter also be responsible for the choices and unforgivable deeds he had done? Would Mark have been able to stand up for what he believed in even if it meant going against his own father?

'Hitler's Daughter' is not the book for you if you're looking for an exciting fantasy or a heart beating thriller, but if you'd like to hear an unforgettable tale whispered into your ear, this is the book for you. The ending of 'Hitler's Daughter' won't disappoint you either. Both intriguing and thought-provoking, author French Jackie's concludes her book with a slight twist and an unexpected surprise.

Violent wars, mass killing, and the inhuman deeds of the Nazis are heavy topics; so cruel and haunting that people are reluctant to bring it up, especially to their children, but Jackie French has done a beautiful job. The uncomfortable topic of war and racism is transformed into a fascinating and amazing novel with a strong message. We, as readers, are asked to connect the past, the present, and the controversy topic of racism. This book is definitely worth reading and you will be amazed at how this book affects you and the way you look at the past. 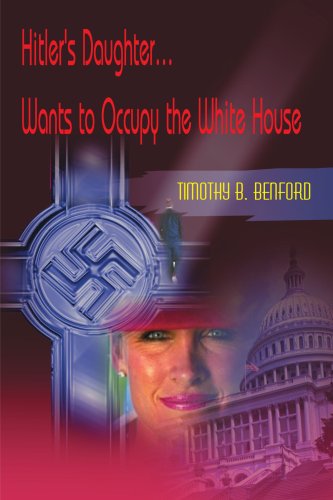