Favorite Quote:
"You were born an original, don't die a copy" John Mason

Coraline, a short novel by Neil Gaiman, portrays a young girl who moves into an old house with her mother and father who rarely pay attention her. In the house she discovers a door that leads to a parallel universe in which everything is just how she wanted it to be. For example, her parents who payed no attention to her before, in this other world, is simply doted on by her "other parents". Soon, Coraline discovers she finds herself trapped there and has to find her way back to her real parents. 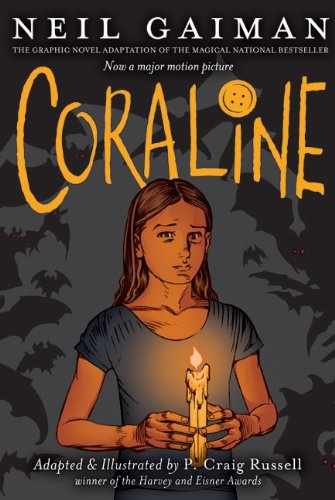 
Buy from Amazon
The author's comments:
I really enjoyed this book. I read the first chapter out loud to some of my friends who were a bit skeptical at reading this and they quickly fell in love with it. Now we all obsess over it together. It is the most original book I've ever read and the most thrilling film I have ever seen. I recommend this to everyone, no matter your age. There is even a graphic novel for all who prefer that to novels.
Post a comment
Submit your own