In a time not specified in this children’s entertaining (and ultimately educational) piece of literature, an apparently senile old woman decides to dine upon a Musa domestica, more commonly referred to as a bothersome housefly. The narrator of the story believes the woman could potentially die from fly-related illnesses but does nothing to prevent her from consuming a multi-colored arachnid in order to “catch the fly” in her stomach. The spider, however, “wiggled and jiggled and tickled inside her,” so she then ate a bird to catch the spider that caught the fly, and the narrator still does nothing to prevent this woman’s pet-eating rampage. Because of his (or her) inability to step in or at least call PETA, the dastardly old bird strikes again, and a newspaper the following day declares “cat in hat loses hat” as the wacky woman swallows a cat to catch the bird in her stomach. At this point the narrator or the authorities should have stepped in, for eating household pets is no laughing matter, but grandma is not apprehended, and her crime spree continues as she feasts upon an unwitting dog, an entire cow, and, finally, a humongous horse. By the time she eats the horse she has become so bloated that she literally drops dead from what we can only assume as an explosion of the stomach due to overeating. This highly intriguing story ends with a moral that any young child would understand immediately after reading the book: “Never swallow a horse,” because the horse, of course, would be the ultimate undoing after a person eats a barn full of animals. 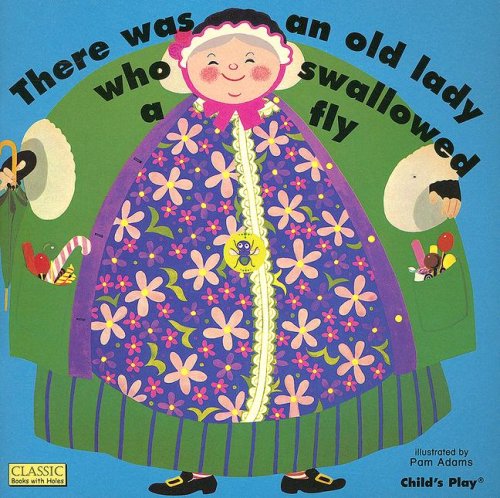 
Buy from Amazon
The author's comments:
I had to read a bunch of children's books and write reviews and summaries for them, and I decided to have a little fun with this one. It's a different take on a very well-known children's rhyme.
Post a comment
Submit your own