Swallowing Stones by Joyce McDonald is a suspenseful book about a tragic accident that set off a chain of events that would change the small town of Briarwood forever. Michael Mackenzie fired off his Winchester Rifle on July 4th, showing it off to his best friends. Little did he know that he had taken the life of a man, and this act would create horrible repercussions.

There are 2 main characters within this book; Michael Mackenzie, the accidental killer and Jenna Ward, the daughter of the deceased father. After Michael finds out about the event, his best friend Joe, tells him to keep it covert because he could be imprisoned for it. But throughout the book Michael is plagued by guilt from his conscience as more and more people are becoming involved and getting hurt. During the course of the book Michael is going through a lot of emotional struggle, and is thinking on deeper and entirely new levels.

Meanwhile Jenna is just beleaguered with thoughts of “what if” she had done something different he wouldn't have been killed, and dealing with the “innocent's guilt”. At first she had wanted revenge for whoever did this, so she could fill the emptiness inside her, but later realized that she just wanted it to end. Jenna realized she had to come to terms with herself before she could truly accept her father's death.

The death of her father mixes with her personal life when she begins to have panic attacks around her boyfriend. Michael's personal life becomes complicated as he can not see a definite right or wrong answer, for the word is not black and white, it is gray. Both Jenna and Michael's private lives turn in to turmoil with misunderstanding, break ups, new friends and broken trust. All of this mixed in with the normal anxiety of a teenager.

A truly great book filled with power, and an emotional thriller .This is a must read for all genres of readers, for it is filled with suspense, fast paced , and an intricate plot terrifyingly truthful of how one event can change a life, or the lives of many in one foul stroke. 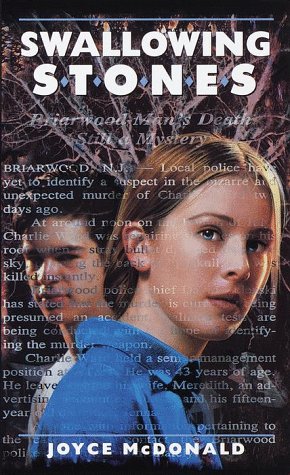 This article has 98 comments.